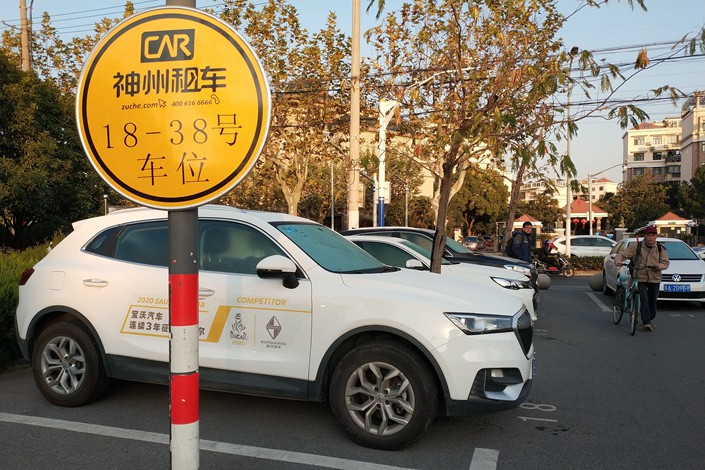 A new share purchase could make U.S. private equity giant Warburg Pincus the largest stakeholder in a car rental specialist controlled by the founder of scandal-tainted Luckin Coffee, in the latest signal of financial pressure on the business empire of Lu Zhengyao.

Lu, who also goes by the name Charles Lu, has seen his business empire come under scrutiny since Luckin made the shocking disclosure earlier this month that nearly half of its revenue in the last three quarters of 2019 might be fake. In addition to Luckin, Lu’s older business interests include Hong Kong-listed car rental specialist Car Inc., as well as limousine services provider Ucar Inc.

Car Inc. is currently profitable, while Ucar has been losing money for the last three years. Ucar’s revenue has shriveled from 10 billion yuan ($1.4 billion) in 2017 to less than 2 billion yuan in the first half of last year.

Ucar was previously Car Inc.’s largest shareholder, but announced late on Thursday it would sell down its stake in the company in two tranches to Amber Gem Holdings Ltd., a fully-owned entity of Warburg Pincus, which was an early investor in Car Inc. The first tranche was completed the same day of the announcement, and saw Ucar, which is controlled by Lu, sell 4.65% of Car Inc.’s shares for HK$2.30 each, raising HK$227 million ($29 million).

The second tranche sale, which had yet to occur at the time of the announcement, would carry a sale price of HK$3.40 per share and involve the transfer of up to 12.46% of Car Inc.’s shares from Ucar to Amber Gem. That sale would be valued at up to $116 million, giving the two tranches a combined value of up to $145 million.

Car Inc.’s shares had lost more than half of their value after Luckin first announced the fraud on April 2, as investors worried that a cash crunch at Luckin could spread to the rest of Lu’s business empire. The shares gained back some of that ground with a 17% jump on Friday after the announcement that Warburg Pincus would boost its stake by buying Car Inc. shares from Ucar. But even after that small rally, the stock is still about 45% below where it traded before the Luckin scandal.

If Warburg’s Amber buys the full amount of the second tranche, its ownership would rise to 27.22% of Car Inc., while Ucar’s stake would drop to 8.81%, according to Caixin’s calculations. That would give Warburg the biggest single stake in Car Inc., pushing it past Legend Holdings, parent of PC giant Lenovo, which owned 26.6% when Car Inc. filed its latest annual report on April 1.

Other stress signs are already appearing in Lu’s business empire since the original fraud was announced. Just days after the announcement, an entity he controlled defaulted on a $518 million loan facility. And around the same time, Moody’s Investors Service said it was downgrading Car Inc.’s corporate family rating and senior unsecured rating.