ByteDance Drops Paywall for Novels on Its Toutiao App 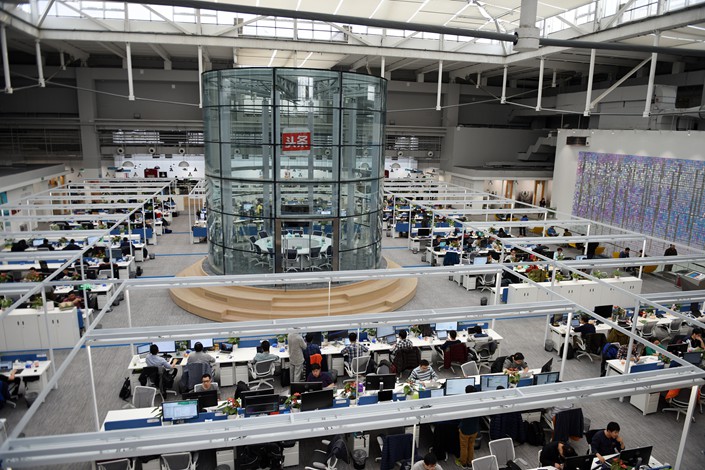 Chinese tech giant ByteDance Inc. has made most of the novels on its popular Toutiao app free to access, as the fiercely competitive online literature sector increasingly moves toward an advertising-based model.

ByteDance also plans to integrate all the fiction writing currently on all its platforms into a dedicated channel called “Tomato Novel,” a company spokesperson told Caixin. The company claims that its Tomato Novel app has amassed more than 10 million daily active users since launching last May.

About 10% of the 20,000 fiction writers who regularly publish content on its platforms have contracts with ByteDance, the company said.

“Very few” novels on Toutiao will still require a fee to read due to publishers’ and writers’ copyrights, the statement added.

ByteDance offering its fiction for free is part of a general trend in the online literature industry, as platforms are increasingly looking to advertising for their revenue rather than readers’ fees. The year before Tomato App was rolled out, another news aggregator Qutoutiao launched a similar service called Midu, and internet search giant Baidu backed a startup that launched Qi Mao, both of which offer content free of charge.

The rapid rise of these apps has put Hong-Kong listed industry giant China Literature Ltd. on the back foot. The unit of Tencent Holdings Ltd. has in recent years pioneered a subscription model, and its app is one of the two most popular literature platforms in the country. The No. 1 app, which is operated by Shanghai-listed IReader Technology Co. Ltd., also charges for content.

China Literature has seen subscription revenue stagnate in the last few years, with its paying user base gradually declining since 2017. In the face of growing challenges from free-content rivals, China Literature launched a similar free app called Feidu last year.

China Literature CEO Liang Xiaodong said in a March earnings call that the company will continue to plow resources into free content in 2020. However, he also cautioned that his company would only continue doing that if the free-content model brings “good results.”