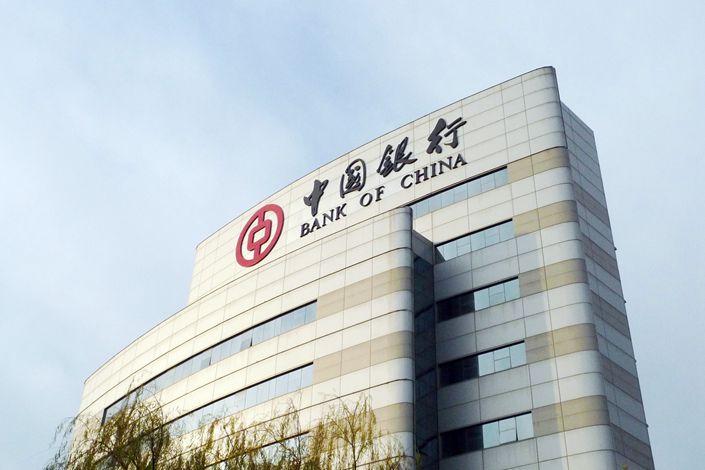 Several lawyers who spoke to Caixin questioned whether the products complied with investor suitability requirements.

As losses mount for Chinese bank customers who bought speculative financial products linked to crude oil futures, the six banks who allow clients to bet on commodity prices are trying to stem the fallout by suspending new investments.

Industrial and Commercial Bank of China Ltd. (ICBC), the country’s biggest commercial lender, is the latest to announce it’s stopped customers from opening new positions in products linked to commodity futures, not just crude oil, but also soybean, natural gas and copper. The Beijing-based bank, which was the first to offer such financial products back in 2013, issued a statement (link in Chinese) late Monday that new positions would be suspended from Tuesday in order to protect investors from potential losses, although customers would still be able to close existing positions.

The banks have moved to limit financial products used by customers to speculate on global commodity markets after the price of oil collapsed on April 21, exposing BOC customers who had bought a product linked to crude oil futures to massive losses. It isn’t clear how much clients lost, but sources with knowledge of the matter told Caixin that BOC had more than 60,000 investors in a product called Yuan You Bao, or Crude Oil Treasure, who put 4.2 billion yuan ($593 million) into margin deposit accounts. Based on the settlement price after the oil rout on April 21, the investors owed 5.8 billion yuan to the bank on top of the loss on their initial investments, wiping out a total of 10 billion yuan.

As the initial shock of the losses starts to subside, the focus is now turning to the nature and the structure of the product that BOC was selling its customers. Many industry insiders said they were puzzled that BOC set its settlement date only one day before the monthly contract expiration, giving itself little flexibility to deal with potential price fluctuations. They also raised questions about whether there were significant design flaws in the BOC product that put people with low risk tolerance into high-risk investments.

“The product design (of Yuan You Bao) never took into account the possibility of a negative value,” one banker said.

Industry insiders also criticized banks for inadequate risk disclosure to their investors. Wealth management products are subject to a five-category risk classification from R1, denoting the lowest risk to R5, the highest. Several banking sources told Caixin that the crude oil futures-linked products are normally registered with regulators as R3, a balanced investment with moderate risk. One BOC staffer said Yuan You Bao was listed as a normal wealth management product.

Several lawyers who spoke to Caixin questioned whether the products complied with investor suitability requirements.

“If this was categorized as a balanced investment, why did investors not only have to bear the risk of having their entire principal wiped out, but also end up owing the bank a large amount of money? This is seriously inconsistent with the risk assessment” the product was given, one lawyer told Caixin.

The contracts themselves may be in a regulatory gray zone as they are structured to sidestep legal restrictions on risky investments in futures markets, regulatory experts said. Moreover, the peculiarities of the BOC product may have exposed investors to a last-minute attack by predatory short sellers.

There have been growing calls for the China Banking and Insurance Regulatory Commission, the banking sector watchdog, to investigate the debacle. As of Tuesday the commission had not made any public comment.

Han Wei and Lin Jinbing contributed to this report.