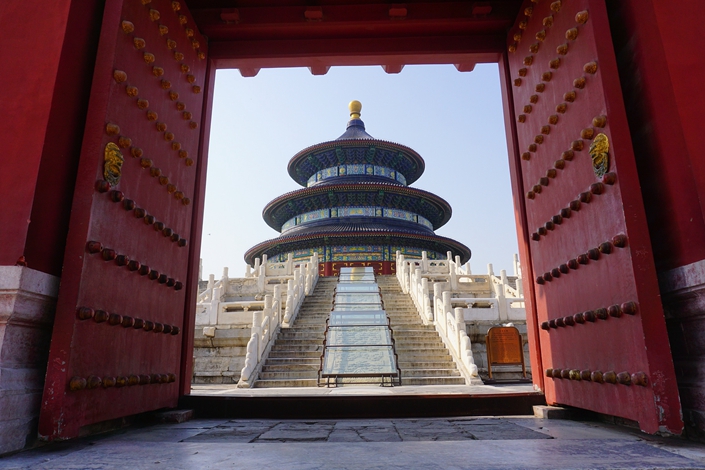 The Temple of Heaven in Beijing, which contains three scenic areas reopened to visitors today, April 29.

The government of Beijing will lower the Chinese capital’s public health emergency response from level one to level two starting Thursday as the Covid-19 outbreak has come under control, according to a municipal government briefing (link in Chinese) on Wednesday.

Arrivals from parts of China classed as low risk no longer need to undergo 14 days of home isolation after the downgrade, according to the briefing. Beijing initiated its level one response, the highest emergency level, along with every other provincial-level region in late January when the virus was spreading rapidly in the country. Most regions have now lowered their response levels.

The downgrade announcement came hours after the national government said that it will hold its top annual political meetings in the city on May 22, after they were postponed due to the epidemic.