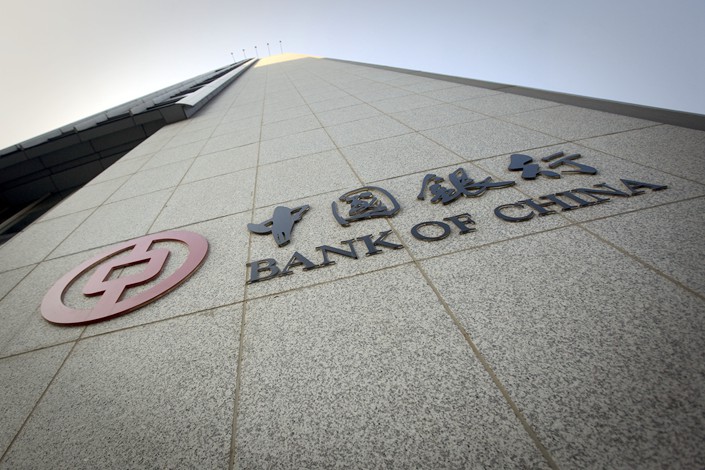 Bearing losses of 6.5 billion yuan won’t represent a massive hit to Bank of China’s finances — its net profit attributable to shareholders amounted to 187 billion yuan in 2019.

Thousands of Bank of China Ltd. (BoC) customers who suffered heavy losses after last month’s collapse in oil prices torpedoed an investment they bought from the lender may get a partial bailout after a cabinet-level regulator publicly called for strengthened risk controls on financial products linked to international commodities.

Clients who put up to 10 million yuan ($1.4 million) into the bank’s Yuan You Bao, or Crude Oil Treasure, product may be able to get back 20% of their original investment, sources with knowledge of the matter told Caixin. That would cover most of the 60,000 investors who bought the risky product that allowed them to speculate on changes in the price of West Texas Intermediate (WTI) crude oil futures. However those who stumped up more than 10 million yuan, believed to total fewer than 100 customers, will get nothing and will have to bear the entire loss themselves, the sources said.

BoC’s offer to its customers plus its own losses in the case could cost the bank 6.5 billion yuan according to Caixin calculations, but its decision to cough up follows instructions from the Financial Stability and Development Committee (FSDC) that although the bank has no legal obligation to shoulder the losses, it should look at the way the product was designed and sold and whether it was suitable for smaller, individual customers in the first place, the sources said.

Wealth management products are subject to a five-category risk classification — from R1, denoting the lowest risk, to R5, the highest. BoC listed Yuan You Bao as R3, a balanced investment with moderate risk. But many investors and analysts questioned whether the product was too risky for thousands of savers — some 40,000 of Yuan You Bao’s investors only put in less than 50,000 yuan each.

The FSDC is the country’s top financial regulatory body and is charged with overseeing the agencies that supervise the financial sector and formulating policies to prevent financial risks. Set up in 2017, it sits directly under the State Council and is chaired by Vice Premier Liu He. Its members include Guo Shuqing, the head of the China Banking and Insurance Regulatory Commission, and Yi Gang, the governor of the People’s Bank of China.

Although the FSDC has not commented publicly on the BoC case itself, it held a meeting on Monday and issued a statement urging institutions to strengthen risk controls on investment products linked to international commodities. It ordered financial regulators and institutions to enhance risk controls, ensure products are suitable for the type of investor to whom they are being marketed, improve professionalism and better protect investors’ interests.

It isn’t clear how much clients lost, but sources with knowledge of the matter have previously told Caixin that BOC had more than 60,000 investors in Yuan You Bao who invested a total of 4.2 billion yuan in the product. When oil futures prices collapsed on April 21 Beijing time, these customers not only lost their entire original investment but were also on the hook for an estimated 5.8 billion yuan owed to the bank. That’s because under the terms of the investment, the collapse in the price of the WTI oil futures contract tied to the financial product meant they owed the bank money after it settled outstanding oil contracts in the investment product.

Bearing losses of 6.5 billion yuan won’t represent a massive hit to BoC’s finances — its net profit attributable to shareholders amounted to 187 billion yuan in 2019 according to its annual earnings report released in March. But it may go some way toward helping the bank repair its tarnished reputation and potentially reduce the cost of any litigation, a senior regulator told Caixin.