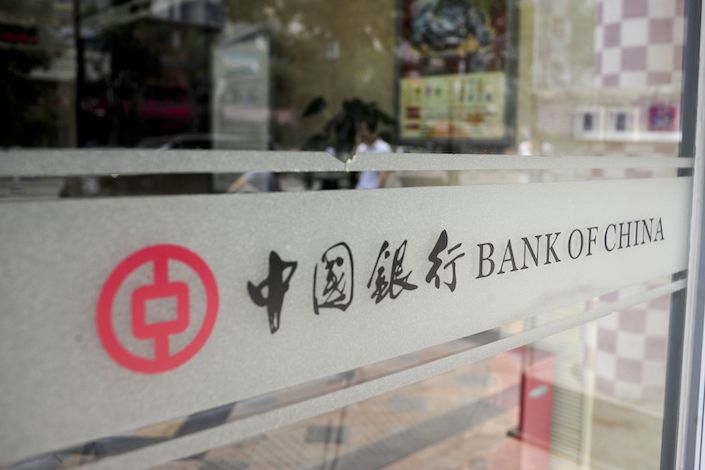 Photo: Most investors in Bank of China’s Yuan You Bao product may recoup 20% of their money. Photo: Bloomberg

Bank of China Ltd. (BoC) started a settlement process Tuesday with tens of thousands of customers who suffered heavy losses on the bank’s speculative oil futures product after last month’s collapse in crude prices amid a pandemic-driven global slump in demand.

The state-owned bank agreed to shoulder part of $1 billion of losses and return 20% of initial investments to some clients. BoC made the move after the country’s top financial regulatory body defined its responsibility in the fiasco. The plunge in the value of the U.S. May crude futures contract into negative territory not only wiped out what investors paid for the bank’s Yuan You Bao product linked to oil futures but also left some clients owing the bank money.

Multiple Yuan You Bao investors told Caixin that they received calls from the bank Tuesday night asking them to go to their local BoC branch to sign a settlement agreement.

But bank staff made different promises to different investors. Some said the bank didn’t offer a refund of their deposit money but agreed to do so only after investors asked for it.

Bank of China has no legal obligation to return deposits, according to the product contract, but the cabinet-level Financial Stability and Development Committee (FSDC) concluded that the bank was at fault for not following investment suitability principles. Under the FSDC’s instruction, the bank should return 20% of deposits to clients who invested less than 10 million yuan ($1.4 million).

Caixin learned that fewer than 100 among the more than 60,000 people who bought into the risky product had investments of more than 10 million yuan. That group will have to bear the entire loss.

Even though the settlement agreement was considered fair by some industry participants, multiple investors said they wouldn’t accept it and still plan to sue the bank.

Some investors argued that the bank should settle the contract at the closing price of West Texas Intermediate (WTI) crude oil futures on April 15 because that was the day when CME Group Inc., where the WTI futures are traded, announced that the contracts could trade at negative or zero values.

Before April 15, BoC’s Yuan You Bao was a product that might generate limited losses. After that, it became a financial derivative that could generate unlimited losses and Bank of China should have reevaluated the risk suitability for its clients and signed new contracts with them, an investor said.

But some bankers and futures market participants said products like Yuan You Bao shouldn’t have targeted retail investors who can absorb only limited losses.

In a statement posted on its website Tuesday, Bank of China said its branches are actively communicating with clients according to the FSDC’s opinion and are negotiating settlements with clients on a voluntary and equal basis. If a settlement can’t be reached, both parties may seek to resolve the dispute through litigation, and Bank of China will respect the final judicial decision, the bank said.

The bank also reserves the right to seek legal recourse from external agencies, it said. On April 29, the bank said it hired lawyers to formally send a letter to CME Group urging the U.S. exchange operator to investigate reasons behind “abnormal fluctuations” in crude oil futures prices.