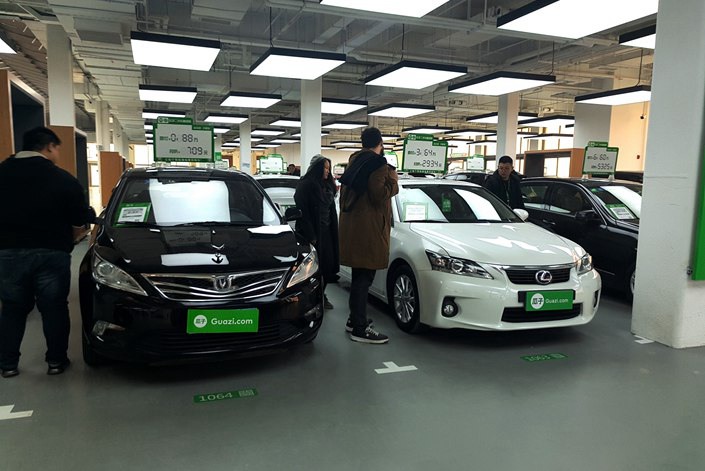 Chehaoduo, one of China’s largest used-car trading platforms, said it has secured $200 million of fresh funding, as it hopes to hit the ground running after the Covid-19 pandemic slammed the brakes on an already sluggish Chinese auto market.

The new cash comes from SoftBank Vision Fund and Sequoia Capital China, the company said in a statement (link in Chinese) on Wednesday. It will be used to “promote the rebound of the car consumption services market … reduce the costs of used car companies resuming production” and “stimulate consumers’ confidence,” the statement said.

Founded in 2015, Chehaoduo Used Automobile Agency Beijing Co. Ltd. operates one of the country’s largest three online used-car platforms, along with Uxin Ltd. and Souche Holdings Ltd. The latest $200 million capital injection was the second and final tranche of Chehaoduo’s series D fundraising, which already saw SoftBank Vision Fund invest $1.5 billion in early 2019. Chehaoduo has raised at least $3.4 billion in total and is valued at $9 billion.

The latest funding round will give Chehaoduo a boost as the Chinese economy emerges from months of disruption caused by the Covid-19 pandemic, which has been hard on the country’s flagging auto industry. In the first quarter, just 2 million used vehicles were traded in China, down 40% from last year, according to the China Automobile Dealers Association (CADA).

In response, Chehaoduo and its peers have resorted to cost-cutting measures, including laying off staff and slashing salaries. Chehaoduo announced in February that it would cut most employees’ salaries by 30% that month and in March, and they would be offered 13 days of extra leave over the period. Senior managers’ pay was cut 40%, and vice presidents’ salaries were cut by 50%.

The Chinese government has sought to stimulate the car market with favorable policies, including cutting the tax on used-car sales from 0.5% from 2% starting May 1.

This tax cut will be a boon and help restart trading, according to Luo Lei, a deputy secretary at CADA.

Still, Chehaoduo is expected to keep a close grip on its wallet throughout 2020. A company source told Caixin that it has scaled back plans to significantly expand its number of physical dealerships this year.