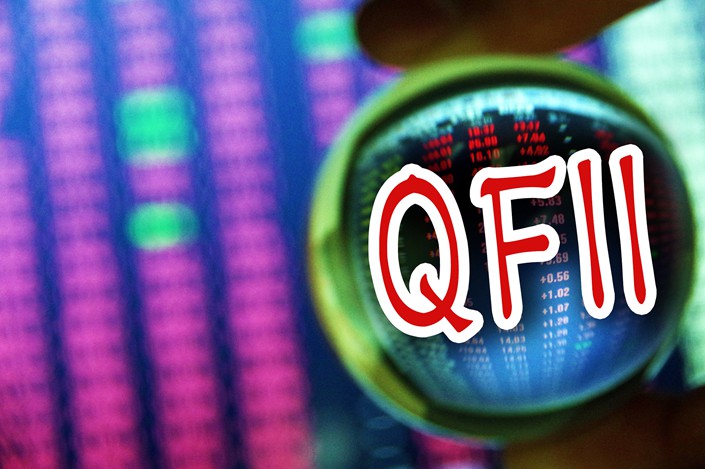 Currently, QFII and RQFII investors are only allowed to invest in stocks, bonds and warrants, fixed-income products in the interbank bond market, securities investment funds and stock index futures.

Foreign investors will have greater access to China’s financial markets from June 6 when quotas are scrapped on two major inbound investment systems — the Qualified Foreign Institutional Investor program (QFII) and the RMB Qualified Foreign Institutional Investor program (RQFII). The announcement was made on Thursday by the People’s Bank of China and the State Administration of Foreign Exchange and follows eight months of preparation after the initial pledge was made in September 2019.

Below are four things you need to know about this latest market-opening move, what it means for foreign investors and the outstanding concerns over the programs.

What are QFII and RQFII?

China introduced the QFII system in 2002 to encourage foreign participation in its financial markets, making it the first channel for overseas investors to gain access to domestic markets. In 2011, RQFII was launched as part of efforts to boost the internationalization of the yuan. The State Council imposed an overall quota for each program with regulators then responsible for approving applications for quotas from individual institutions.

As of September 2019 (link in Chinese), more than 400 institutional investors from 31 countries and regions had invested in China’s financial markets through the programs, according to the State Administration of Foreign Exchange (SAFE).

How popular were the programs?

Although foreign investors have increased their participation in the programs over the past few years, the amount of money invested never reached the quotas set by regulators. In January 2019, SAFE doubled the quota for the QFII program to $300 billion from $150 billion, the first increase since July 2013. But as of the end of April total approved investment only amounted to $114.7 billion. For the RQFII program, the total quota stands at 1.99 trillion yuan ($280 billion) for the 20 countries and regions involved in the pilot program, but only 713 billion yuan has been used.

The popularity of the programs waned after the government opened another channel for investment — stock- and bond-connect programs linking mainland markets with Hong Kong that had better liquidity and offered more flexibility. Investors were also put off by the restrictions imposed by regulators, such as limits on the movement of assets out of China and on the use of tools such as derivatives for hedging purposes. Although many of these limits were scrapped, institutions and trade associations urged the Chinese government to eliminate the quotas.

How will the latest changes to the QFII and RQFII programs benefit foreign investors?

In addition to scrapping quota restrictions, the PBOC and SAFE also announced they had simplified procedures for the outbound remittance of funds, money that foreign investors send out of the country.

China had already eased restrictions on outward remittance. In 2018, regulators abolished both the mandatory lock-up period on investments made through the QFII and RQFII programs and the monthly limit on outbound remittances.

But some overseas institutional investors complained that the outbound remittance process was time-consuming, sometimes taking about four months. Unrestricted repatriation of funds was the number one concern of international investors. Although caps on outbound remittances were scrapped, repatriation of funds was subject to other conditions including the supply and demand of foreign currency at the time, China’s balance of payments, and the state of the country’s economy and financial situation.

Now qualified foreign investors need only to go through a registration process to wire money into and out of the country, according to the regulators’ Thursday announcement.

Foreign institutions will still need approval from the China Securities Regulatory Commission to invest through the two programs and to meet requirements such as financial stability, good credit, experience in securities and futures investment, and submit application documents, including investment plans, sources of funds, asset allocation, and profiles of the members of the investment research team.

Currently, QFII and RQFII investors are only allowed to invest in stocks, bonds and warrants, fixed-income products in the interbank bond market, securities investment funds and stock index futures. Regulators are considering expanding the scope to include private investment funds, financial futures, commodities futures and options, initial public offerings and secondary stock offerings, according to a consultation paper.

The increasing number of channels available for foreign investors to access China’s capital markets could give rise to confusion, Eugenie Shen, the head of Asset Management Group at ASIFMA, told Caixin. The government needs to consider adopting a more simplified and coordinated channel that integrates different systems.