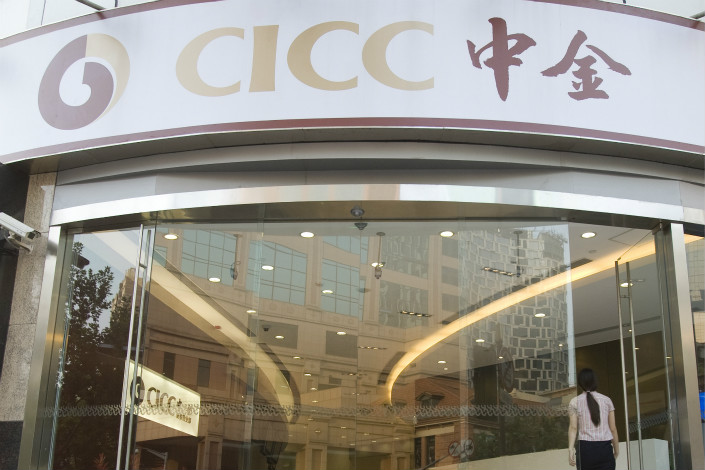 Peng will succeed Liang Hong, who is set to move to private equity firm Hillhouse Capital Group, multiple industry insiders with knowledge of the matter said.

The economists’ job-hopping highlights how competition for talent is growing increasingly fierce among leading financial firms, which are trying to grow their influence by providing investors with professional research on macroeconomic issues and investment strategies.

Founded in 1995, CICC is one of China’s top securities firms. In 2018, its investment banking revenue ranked fourth (link in Chinese) among the Chinese mainland’s 98 securities companies at that time, according to data from industry group the Securities Association of China.

CICC declined to answer questions about the upcoming return of Peng and Xu.

Peng is noted for his wide breadth of experience. In 1993, he started his career as an economist with the International Monetary Fund (IMF) in Washington and stayed there for five years. After leaving the IMF in 1998, he worked for the Hong Kong Monetary Authority, the city’s de facto central bank, for about 10 years. In 2008, he joined U.K.-based investment banking giant Barclays Capital Inc. as its head of China research, a position he held for two years.

Xu, who is in his 60s, also worked in Washington. He was a World Bank consultant there in 1996. For the next two years, he worked as a senior economist with Hong Kong-based investment bank Merrill Lynch Asia Pacific Ltd.

Xu served as CICC’s managing director and head of research from 1999 to 2004. After that, he became a professor at the China Europe International Business School, which was cofounded by the Chinese government and the EU.