By Ma Danmeng and Mo Yelin 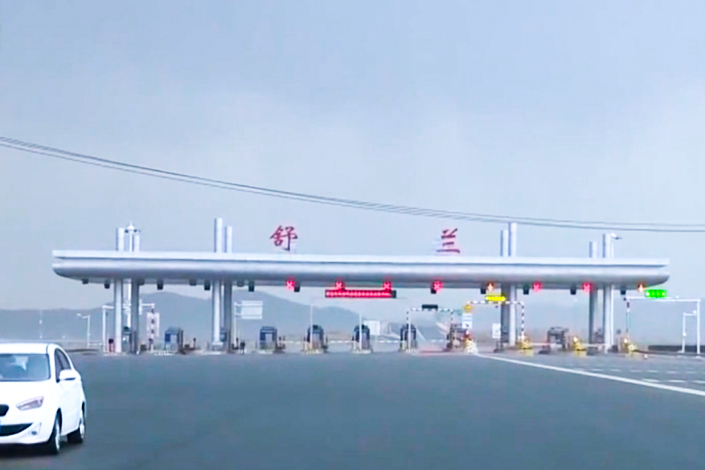 Besides vehicles carrying daily essentials such as food, transportation in and out of Shulan is now strictly limited. Photo: CCTV

Though the country hit first by the coronavirus pandemic has largely brought the virus under control, regional flare-ups continue to menace China and highlight the difficulty of reopening and restarting its economy.

The most prominent epidemic at present is in Shulan, a county-level city home to 600,000 people in Northeast China’s Jilin province. The city rolled out a series of new restrictions on Sunday, effectively putting residents back into lockdown, after a cluster of a dozen cases appeared in recent days.

Besides vehicles carrying daily essentials such as food, transportation in and out of Shulan is now strictly limited, according to a Sunday WeChat post (link in Chinese) from the local government. The city’s public transportation facilities, schools and restaurants, which have only just emerged from the first round of pandemic restrictions, will once again be off-limits.

Cities in neighboring Liaoning and Heilongjiang provinces and Wuhan, Hubei province, are also now on high alert after the emergence of clusters of Covid-19 cases.

Shulan’s cluster of cases has been linked to a woman who was confirmed to have the virus on Thursday. That locally transmitted case was the first time Shulan reported such an infection in more than two months.

Most of the 11 other infections that had been detected by Saturday were people who had been in contact with the woman, including her husband and several of her sisters, according to a Sunday notice posted to the local health authorities’ website.

According to the notice, the government is still investigating how the woman caught the virus by tracing her contacts.

Shulan’s outbreak also spilled over to Shenyang, capital of Liaoning, where health officials reported one Covid-19 case on Sunday. The 23-year-old man’s infection is related to the Shulan cluster, Shenyang’s health authorities said. The man tested positive for the virus on Saturday, after earlier this month taking a high-speed train from Jilin City, which administers Shulan, to Shenyang.

Shulan’s cluster is not the only one China has seen in recent weeks. Wuhan, the capital of Hubei province and the epicenter of the country’s epidemic, reported on Monday that it had found five new cases of Covid-19.

That cluster centers on an 89-year-old man, who tested positive for the virus on Saturday. All six cases were previously classed as asymptomatic, but were reclassified as “confirmed” after the people began to show symptoms of the disease. That came after the city reported no new confirmed infections for a month.

Zhang Yuxin, the official in charge of the Hubei neighborhood where the cases emerged, has been fired, according to a statement by the local government.

Late last month, several clusters were discovered in Heilongjiang, which sits to the north of Jilin. Multiple hospitals were involved, including two in provincial capital Harbin and one in Mudanjiang, leading to at least 20 infections. Suifenhe, a border city administered by Mudanjiang, had previously reported an outbreak of the disease due to cases imported from Russia.

On Sunday, Harbin reported a confirmed case involving a 70-year-old man, who had been in close contact with a patient involved in a cluster centered around one of the city’s hospitals.