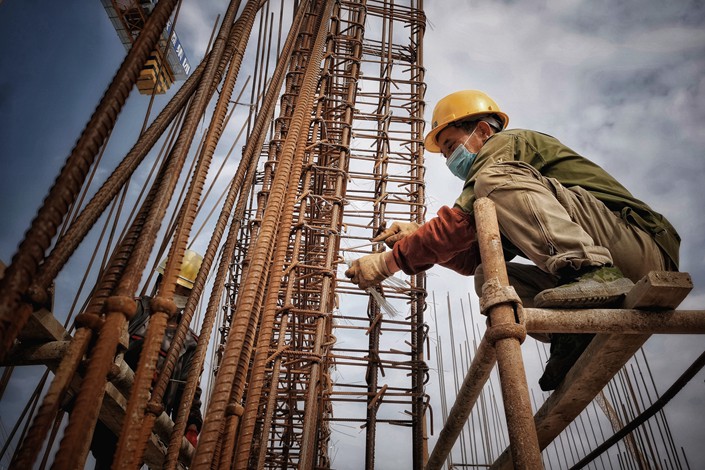 Ever since Western central banks started targeting inflation in the early 1990s, some economic analysts — not least Samuel Brittan of the Financial Times — have been pointing out that it would be better to target nominal GDP. As the numerical value of all output or expenditure in an economy, nominal GDP combines a country’s real economic output with its associated prices or costs.

Proponents of nominal GDP targeting argue that a consumer price target like inflation is too narrow to be useful to the society that the central bank serves. And central banks from the Reserve Bank of Australia to the US Federal Reserve do supplement their inflation targeting regimes with an additional target tied to the real economy. The U.S. Federal Reserve, for example, has a stated commitment to pursue “full employment” alongside price stability.

Still, among central banks with a formal inflation targeting mandate, full-blown nominal GDP targeting has always been rejected. There are two main reasons for this. First, it was widely believed that insofar as monetary policy has a delayed effect on the real economy, nominal GDP targeting would be overly responsive. Failing to account for the lag time might allow inflation to get out of control. But such assumptions are an artifact of the early 1990s, when monetary policy, adhering to the preceding decades’ orthodoxy, allowed for a lag of as long as two years.

Second, in the past, GDP figures were published weeks if not months after the period to which they pertained, limiting their use. But even before the Covid-19 crisis, this argument, too, had become moot. In today’s world of dramatically improved data analytics, some countries produce highly accurate monthly GDP estimates, and professional forecasters publish a wide range of other high-frequency indicators. Nowadays, it would not be too difficult to calculate GDP even on a weekly basis.

But even more to the point, central banks have repeatedly failed to hit their inflation targets. In Japan over the past 20 years, and in most Western countries since 2008, persistently low inflation, tepid growth, and rising inequality have undermined central banks’ credibility and raised questions about whether they still serve a useful function.

With the arrival of Covid-19, these long-brewing issues have come to the fore. Having produced initial estimates for first quarter GDP, many countries are reporting worse-than-expected results, raising fears that the figures for the second quarter will be even more catastrophic. As many commentators have noted, the decline in economic activity as a result of the lockdown measures may represent the worst economic contraction since the 1930s. More and more market analysts are warning that any recovery from the downturn will be feeble, at best.

Such worries are understandable, but not necessarily correct. Around the world, central banks have already pulled out all the stops, offering seemingly every policy response imaginable to prevent the economy from plunging into the abyss. When it comes to longer-term recovery, they will inevitably have to revisit their policy targets. After all, traditional inflation targeting based on the consumer price index is unlikely to serve any purpose for the foreseeable future.

By contrast, nominal GDP targeting would now be particularly useful, offering additional advantages beyond those long touted by its advocates. For starters, in countries such as the United Kingdom, where the government dictates what the central bank should target, new targets based on nominal GDP for 2021 and 2022 could provide a direct boost to the recovery.

In “normal” times, if the U.K.’s long-term annual growth potential is 2%, an inflation target of 2% and a long-term nominal GDP target of 4% might be appropriate. But in a post-pandemic recovery, the Bank of England could instead set a nominal GDP target of 14%, in order to increase the probability of a V-shaped recession (in which the recovery is as sharp as the slump). Of course, the central bank could not guarantee such an outcome. But it would have created the conditions to do whatever it takes to support that goal as a matter of policy, and markets and economic participants at all levels will have heeded that message.

Moreover, now that fiscal authorities have turned on the taps (appropriately, in my view), government debt is exploding to levels no one could have imagined just three months ago. By adopting nominal GDP targeting, central banks could offer a new framework through which to manage this debt and inform future budget decisions about spending cuts and tax increases.

As I recently argued, equity markets may know more than the rest of us about how the Covid-19 crisis will play out. If central banks shift to nominal GDP targeting, investors’ relative bullishness could turn out to be justified.