O’Neill: The Future of the Dollar and Yuan 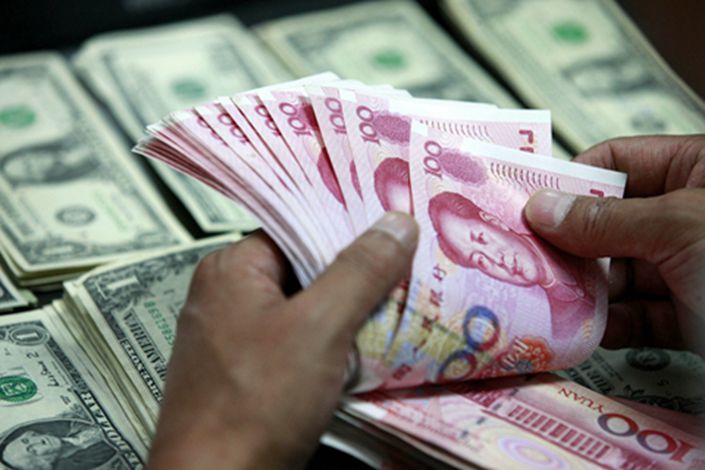 If Chinese policymakers were more enthusiastic about greater use of the yuan outside of China and larger frequent flows of yuan in and out of China, this would create a greater challenge to the dominance of the dollar.

Covid-19 is forcing us all to reconsider every aspect of the future, whether personal, professional, national, international, and to refocus on many possible future developments that we might have considered likely before.

Having worked in professional finance for close to 40 years, and having lived through many financial crises, I know two basic contradictions quite well. Firstly, it is often tempting to think that everything will change, extrapolating from the recent experiences. This can frequently turn out to be wrong.

Secondly, however, how everyone, whether it be individually, as a company or a country responds to a crisis, can turn out to be the most important decision they make for the next era. In this regard, it was the dreadful events of 9/11 in 2001 that directly played the crucial role in me thinking up the concept of the so-called BRICs, the potential rise of Brazil, Russia, India and China, as more dominant forces in the future.

So when I think about Covid-19, I have both these contradictory forces going through my mind as I think about the future. Will the crisis hurt the U.S. more than China, or vice versa? Will it accelerate the rise of the yuan, or will it ensure it won’t materialize?

Of course, the natural tendency is to look back, and think about past trends and extrapolate the future from them, of which there is both a danger and an advantage. The danger is that the past is no definite guide to the future, and the advantage is, we do know what has happened in the past.

In this regard, what we do know with reasonable confidence, is that in the next decade and beyond, it is very unlikely that any other country will become close to challenging the economic size of the U.S. or China. Over a longer period, India, due to its 1.4 billion people and the youthful nature of the that population, means there is a good chance after 2030 that it will become clearly established as the third-largest economy in the world. However, its economy is unlikely to get close to the size of the U.S. or China’s until a much later time — nor is it likely that the rupee will become an important force in global finance.

Of course, if the Eurozone were to stay as one, and if it succeeds in the apparent contradictions of respecting the sovereignty of its member countries while

becoming more of a “ United States of Europe” from an economic and finance perspective, the euro could become a currency that could compete for global dominance with both the U.S. dollar and the yuan. And while it seems unlikely, it is not impossible.

As for the dollar, its future is obviously closely linked to the strength — or lack thereof — of the U.S. economy. But as we have seen the past 20 to 30 years, it is not just this. Indeed, one of the strongest reflections of this period has been a relative decline of the U.S. economy, but no corresponding decline in the importance of the dollar.

In this sense, as we can also witness during the Covid-19 crisis — even though the U.S. economy is likely to suffer more than China’s — the ongoing market performance of the dollar, as well as its usage in finance — especially on days of broader financial turbulence, accelerates. Is this because of the actual and perceived strength of the U.S. financial markets, or is it due to limitations of the alternatives? And linked to these difficult questions, I suspect it is partly because other countries either don’t need, or perhaps don’t want their currencies to be so important.

One of the requirements of being such a dominant currency is accepting the use of it outside your own national borders, and the relatively free flow of financial instruments between your country and elsewhere. Because of the persistence of the low savings rate in the U.S., the country depends on net capital inflows to balance its overall balance of payments. And the only way for the U.S. to change this permanently, is perhaps to boost its domestic savings rate, (which might require deliberately reducing its consumption — probably unlikely).

However, the change could also come by more decisive action from other large countries, notably China. If Chinese policymakers were more enthusiastic about a larger use of the yuan outside of China and larger frequent flows of yuan in and out of China, and this became attractive to many other countries and investors, by definition this would create a greater challenge to the scale of the dollar dominance, and raise policy questions for the U.S., indirectly in terms of the structure of its savings and how to attract them or boost domestic savings. An oft cited example in this regard relates to oil imports and whether China would enthusiastically move to encourage payment for oil from overseas in yuan.

In addition to this, it could allow more unconstrained flows of capital in and out of Chinese financial markets. When I have thought about this in the past, I have often come to a conclusion that, ultimately, this should be attractive to Chinese policymakers. However, it would only make sense when they are sure that their domestic capital markets are robust enough to cope with any of the demands that such a greater freedom of yuan around the world would entail. And that could happen in coming years, but as with many other things, it depends on ongoing Chinese progress toward improving domestic reforms and overall economic progress.