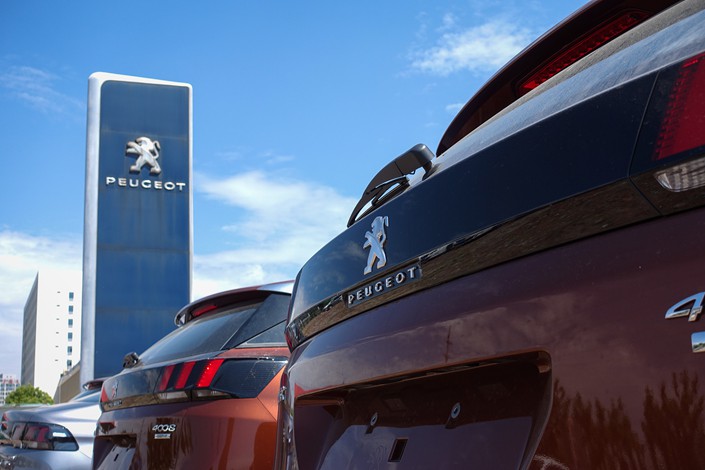 The Dongfeng Peugeot joint venture sold just 11,607 cars in the first four months of the year, down more than 70% from a year earlier.

The government in the city of Wuhan will help Peugeot dispose of idle capacity at its local joint venture, as the French automaker’s main China operation struggles with plummeting sales that left two-thirds of its capacity idle last year.

The city’s economic technology development zone plans to assist by acquiring a manufacturing facility that is currently sitting unused from Dongfeng Peugeot Citroen Automobile Co. Ltd., which also goes by the name of Shenlong in China, Caixin has learned from documents from the zone’s administration.

Founded in 1992, Dongfeng Peugeot was one of China’s earliest Sino-foreign car-making joint ventures, based at the Wuhan headquarters of domestic auto giant Dongfeng Group. But its Peugeot and Citroen brands have become marginalized in recent years in an increasingly competitive car market that is the world’s largest but has also been contracting for more than a year.

The Peugeot venture has four car-making plants, three of those in Wuhan. But its sales plummeted 55.17% to 113,600 vehicles last year, far outpacing an 8.2% decline for the broader market. With annual capacity to make up to 390,000 cars, according to Dongfeng’s 2019 annual report, that meant the venture was using less than a third of its capacity last year.

The plan laid out by officials from the technology development zone where the venture is based contained a timetable for acquiring one of the venture’s factories. That included the performance of various evaluation work in April and May, followed by the release of an initial proposal and plan in June, followed by signing of a final agreement in July. The plan would also relieve the venture of real estate and land-use taxes related to the factory being disposed of.

A joint venture spokesperson said the venture began adjusting its capacity last year in line with a city plan calling for such moves to foster the healthy development of enterprises. The spokesperson added that the process for the Peugeot joint venture is proceeding in orderly fashion, but declined to comment on the price of any land or facilities being acquired by the city.

The venture was hit particularly hard during the Covid-19 outbreak, since Dongfeng is based in the city of Wuhan, capital of Central China’s Hubei province, where the epidemic began. While other businesses around China began to reopen in February, Dongfeng’s operations didn’t start coming back online until March 11.

The Dongfeng Peugeot joint venture sold just 11,607 cars in the first four months of the year, down more than 70% from a year earlier. But even before that plunge, the venture’s sinking sales led it to post a 700 million euro ($757 million) loss in 2019, according to the parent company’s latest annual report.

News of Peugeot’s move comes less than a month after French peer Renault announced it was selling out its 50% stake in its own joint venture with Dongfeng, ending a seven-year marriage that had also recently seen sales plunge.