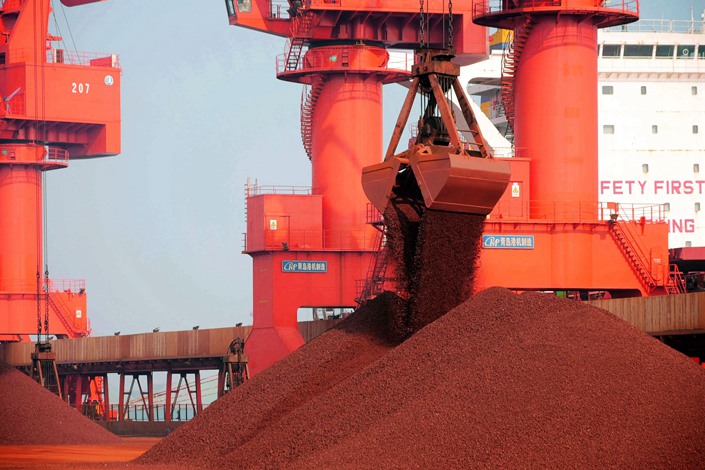 Iron ore gets unloaded from a cargo ship on Jan. 20 at a port in Qingdao, East China's Shandong province.

The listed arm of the world’s largest steelmaker has made its third yuan-denominated overseas transaction of the year, roughly doubling the value of such deals it made in 2019.

In January, the steel giant made a 330 million yuan transaction with Brazilian miner Vale SA, and completed a 100 million yuan-denominated trade with the world’s top listed miner BHP Group Ltd. last month. Last year the company said it would seek to sign more yuan-denominated contracts with overseas companies, sealing deals worth a total of 240 million yuan in countries including South Africa and Ukraine.

In this, Baosteel, which is part of state-owned China Baowu Steel Group Co. Ltd., is helping to carry out the Chinese government’s long-term plan to turn the yuan into an internationally used and accepted currency. Last year, China’s cross-border yuan-based trade settlement totaled 6.04 trillion yuan.

Baosteel also said that this was the first time that blockchain has been used in yuan-based international trade.