China and the U.S. Won’t Go to War, but Will Fight for Tech Supremacy, Tsinghua Professor Says 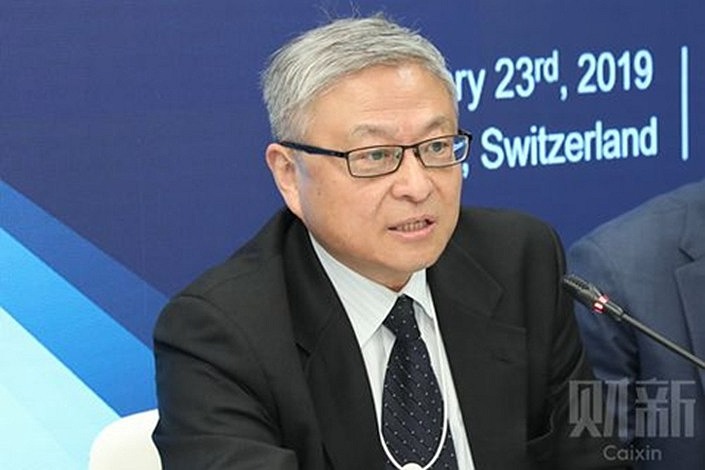 The Covid-19 pandemic will intensify technological competition between China and the United States, shifting their rivalry from a traditional geopolitical tussle to one for tech supremacy, a prominent Chinese international relations expert said.

Professor Yan Xuetong, dean of the Institute of International Relations at Tsinghua University, said in an interview with Caixin that the U.S. and China will compete over the new coronavirus vaccine and digital technology, including advanced telecommunication networks.

“The more fierce China-U.S. tech competition gets, the less likely it is that they will resort to proxy wars for dominance on natural and geographic terms,” Yan said. “It’s not because they don’t want to use the proxy war strategy, but because it’s not a feasible way to compete in a digital era.”

As a result of the shift, Yan, who is also the general secretary of Beijing-based annual international security conference the World Peace Forum, believes that the world’s two largest economies won’t go to war over East Asia’s hotspots, such as the South China Sea and the Taiwan Strait, despite high tensions.

“It’s less likely that there will be a military mishap in those areas,” he said. “Even if it happens, the relevant parties will be able to swiftly contain it and avoid letting it escalate into a war.”

China has long protested the U.S. military’s “freedom of navigation” operations and fly-overs in the South China Sea, and the U.S. Navy’s operations in the Taiwan Strait.

Military mishaps have previously occurred in the South China Sea. In 2001, southeast of China’s Hainan province, a U.S. Navy plane on a surveillance mission collided with a Chinese PLA Navy jet. The U.S. plane’s crew was detained by Chinese authorities after an emergency landing on Hainan, while the pilot of the Chinese jet went missing and was later declared dead.

In late September 2018, a Chinese warship reportedly came within 41 meters of a U.S. destroyer sailing near the Spratly Islands, known in China as the Nansha Islands.

Yan said now “the three parties including the U.S., Chinese mainland and Taiwan region have all had their military activities under strict control.” None of the parties would intentionally engage in a conflict in either the South China Sea or Taiwan Strait, he said.

Meanwhile, the Covid-19 pandemic, which has infected over 4.3 million people and killed nearly 300,000 globally, will drive the two countries to focus on technological dominance.

Yan argued that the country which first develops a working Covid-19 vaccine will have a psychological advantage. But the vaccine race will only last three years at most, he said, while competition in digital technology will rumble on for 20 years at least.

As China is already leading in 5G technology, the U.S. will choose to focus its competition on the next generation of network technology, 6G.

“But the U.S. wants to stall our 5G advancement by creating obstacles,” Yan said, referring to Washington’s domestic ban on Chinese 5G telecommunication equipment and its global campaign to convince its allies to follow in its footsteps.

However, after banning Huawei from the American market for about a year, the U.S. Department of Commerce is reportedly drafting a new rule that will allow American companies to participate in standard-setting bodies where Huawei is also a member, Reuters reported last week, indicating that Washington may loosen its restrictions on the Chinese telecom giant.

Yan further suggested that China should shift its overseas competition strategy from a focus on traditional infrastructure expansion to cyber construction. Cross-border infrastructure including roads and railways should not be prioritized in an era dominated by digital technology, he said.