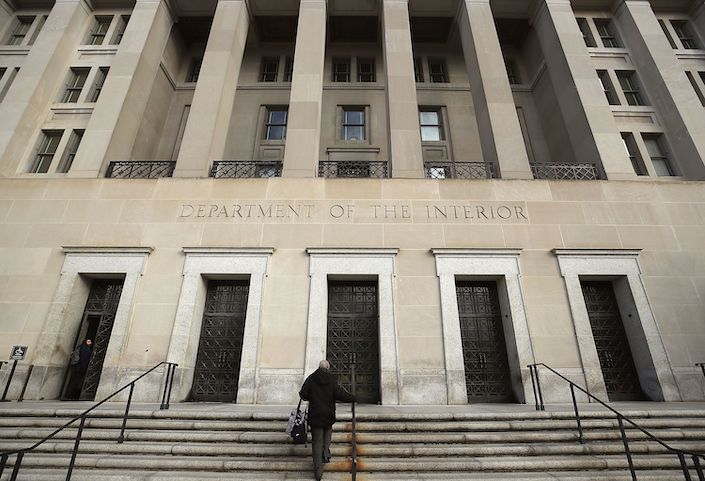 The FRTIB oversees the Thrift Savings Plan, a retirement savings fund for U.S. government employees and members of the military, which includes a $40 billion international fund. Photo: Bloomberg

An American government retirement fund under pressure from the Trump administration deferred a three-year-old plan to invest in an index that includes Chinese stocks.

The Thrift Savings Plan (TSP), a retirement fund for federal employees and members of the military, disclosed the decision Wednesday involving its $40 billion international fund. The plan’s administrators, the Federal Retirement Thrift Investment Board (FRTIB), cited a “meaningful different economic environment related in large part to the impact of the global Covid-19 pandemic as well as the nomination of three new board members.”

President Donald Trump and some lawmakers pressured the retirement savings fund not to invest in Chinese equities. The lawmakers include Florida Senator Marco Rubio, a Republican and China hawk who last year introduced legislation to stop the transfer.

“I will continue to work with my colleagues to pass legislation that would ban the board from moving forward with this type of action in the future,” Rubio said in a statement.

The move may be only the first step in American financial retaliation against China as Trump blames the Asian nation for the Covid-19 pandemic that has infected nearly 1.4 million people in the U.S. and caused more than 84,000 deaths, said Kevin Lai, chief economist for Asia excluding Japan at Daiwa Capital Markets, the giant Japanese investment bank and securities brokerage.

Other measures Trump can take include a ban on Chinese companies’ listings in the U.S. and restricting technology exports to China, said Anthony Chan, chief Asia investment strategist at Union Bancaire Privée of Switzerland. Congress has been debating a ban on government retirement funds’ investing in Chinese stocks since last year.

Trump said Thursday that the U.S. could take the extraordinary step of ending its relationship with China.

“We could cut off the whole relationship,” he said in a TV interview on Fox Business. “If we did, what would happen? You’d save $500 billion.”

The FRTIB’s decision may affect sentiment somewhat, but it won’t have a significant impact on the market, as the matter has already been priced in and any changes in the U.S. retirement fund won’t cause capital outflows from the Chinese stock market, Union Bancaire Privée’s Chan said.

In a letter to the FRTIB chairman last year, Rubio and Democratic Senator Jeanne Shaheen said that some of the companies included in the new index “assist in the Chinese government’s military activities, espionage, and human rights abuses, as well as many other Chinese companies that lack basic financial transparency.”