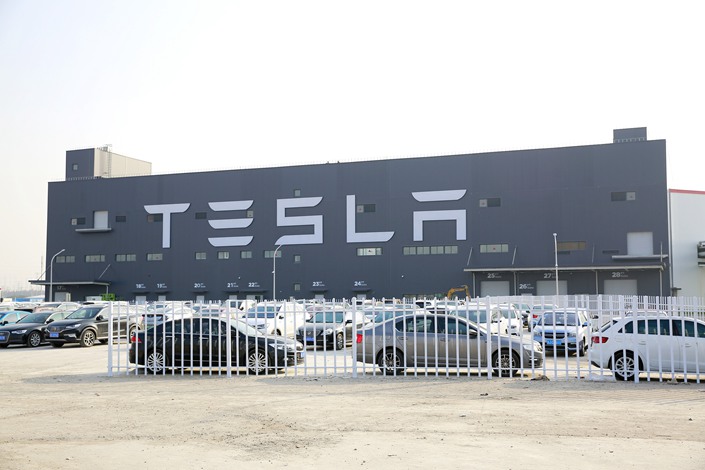 Tesla will reportedly launch a low-cost, long-life battery for its Shanghai-built Model 3 sedan in a move that could help the U.S. automaker further reduce the car’s price in the country.

The new battery, which is expected to be introduced later this year or early next year, will have a lifespan of 1 million miles and enable Tesla cars to compete on price with gasoline-powered vehicles, Reuters reported Thursday, citing anonymous sources.

Tesla has chosen Chinese battery-maker Contemporary Amperex Technology Co. Ltd. (CATL) as a partner to co-develop the battery, which will rely on innovations such as low-cobalt and cobalt-free battery chemistries and the use of chemical additives, materials and coatings that will reduce internal stress and enable batteries to store more energy for longer periods, Reuters reported.

In February, Tesla and CATL were reportedly in advanced talks that could result in Tesla using the Chinese company’s cobalt-free batteries in vehicles made at the U.S. automaker’s Shanghai plant. The move could help lower Tesla’s production costs by weaning the company off expensive cobalt-based batteries.

News of a new “million-mile” battery comes two weeks after Tesla cut the price of its China-made standard range Model 3 sedan to less than 300,000 yuan ($42,000) in order to meet the eligibility requirements of China’s new-energy vehicle subsidies.

Tesla is also mulling a 20,000 yuan price cut for the long-range version of the domestically built Model 3 sedan, even though the reduction will still fall short of the subsidies requirements. The lower price for the long-range version will help Tesla better compete with its rivals in the Chinese market, where new-energy vehicle sales have been crunched by the coronavirus pandemic.

In April, China announced that it will extend subsidies for new-energy vehicles for two years but will only apply the new policy to passenger cars that cost less than 300,000 yuan.