China’s New Outbreak Shows Signs the Virus May Be Changing 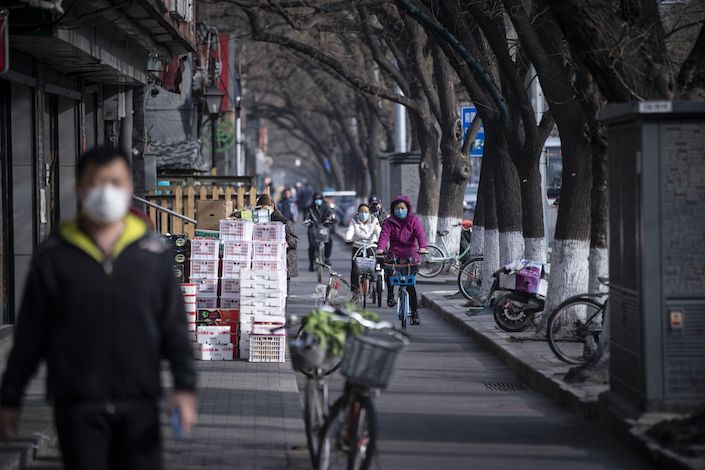 (Bloomberg) — Chinese doctors are seeing the coronavirus manifest differently among patients in its new cluster of cases in the northeast region compared with the original outbreak in Wuhan, suggesting the pathogen may be changing in unknown ways, complicating efforts to stamp it out.

Patients in the northeast provinces of Jilin and Heilongjiang appear to carry the virus for a longer period of time and take longer to test negative, Qiu Haibo, one of China’s top critical care doctors, said Tuesday on state television.

Patients in the northeast also appear to be taking longer than the one to two weeks observed in Wuhan to develop symptoms after infection. This delayed onset is making it harder for authorities to catch cases before they spread, said Qiu, who is now in the northeastern region treating patients.

“The longer period during which infected patients show no symptoms has created clusters of family infections,” said Qiu, who was earlier sent to Wuhan to help in the original outbreak. Over the past two weeks, 46 cases have been reported across three cities — Shulan, Jilin city and Shenyang — in two provinces. The resurgence of infection sparked renewed lockdowns over a region of 100 million people.

Scientists still do not fully understand whether the virus is changing in significant ways. The differences Chinese doctors are seeing could reflect their ability to observe patients more thoroughly and from an earlier stage than in Wuhan. When the outbreak first exploded in the central Chinese city, the local health-care system was so overwhelmed that only the most serious cases were being treated. The northeast cluster is also far smaller than Hubei’s outbreak, which ultimately sickened more than 68,000 people.

Still, the findings suggest that the remaining uncertainty over how the virus manifests will hinder governments’ efforts to curb its spread and reopen their battered economies. China has one of the most comprehensive virus detection and testing regimes globally and yet is still struggling to contain the new cluster.

Researchers worldwide are trying to ascertain whether the virus is mutating in a significant way to become more contagious as it races through the human population, but early research suggesting this possibility has been criticized for being overblown.

“In theory, some changes in the genetic structure can lead to changes in the virus structure or how the virus behaves,” said Keiji Fukuda, director and clinical professor at the University of Hong Kong’s School of Public Health. “However, many mutations lead to no discernible changes at all.”

It’s likely that the observations in China don’t have a simple correlation with a mutation, he said. “Very clear evidence” is needed before concluding that the virus is mutating, he said.

Doctors have also noticed that patients in the northeast cluster seem to have damage mostly in their lungs, whereas patients in Wuhan suffered multi-organ damage across the heart, kidney and gut, Qiu said.

Officials now believe that the new cluster stemmed from contact with infected arrivals from Russia, which has one of the worst outbreaks in Europe. Genetic sequencing has showed a match between the northeast cases and Russian-linked infections, Qiu said.

Among the northeast cluster, 10% have turned critical and 26 are hospitalized.

China is moving aggressively to stem the spread of the new cluster before its annual political gathering in Beijing scheduled to start this week. As thousands of delegates stream into the capital to endorse the government’s agenda, China’s central leadership is determined to project stability and control.

The northeast provinces have ordered a return of lockdown measures, halting train services, closing schools and sealing off residential compounds, dismaying residents who had thought the worst was over.

“People should not assume the peak has passed or let down their guard,” Wu Anhua, a senior infectious disease doctor, said Tuesday on state television. “It’s totally possible that the epidemic will last for a long time.”