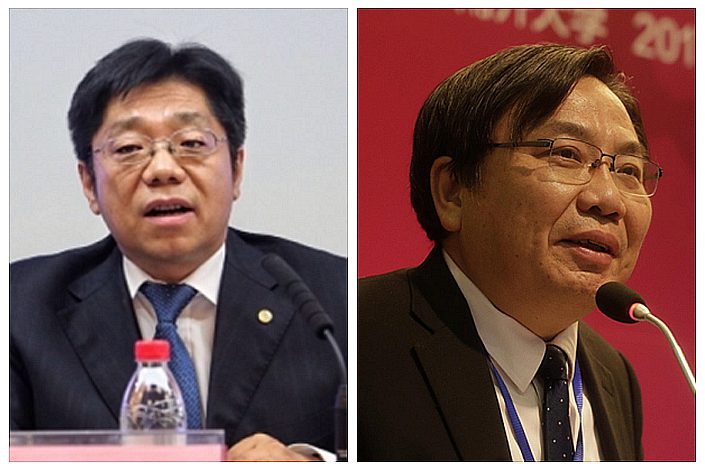 The Export-Import Bank of China (Eximbank) recently named (link in Chinese) Li Jun as a new vice president, sources familiar with the matter told Caixin. Li had worked for the Agricultural Development Bank of China, another policy lender, for many years and served as the head of the bank’s branch in the northern province of Hebei before moving to Eximbank.

The Agricultural Development Bank is likely to name a Ministry of Finance official as a new vice president. Zhang Wencai, now head of the ministry’s international economic and financial cooperation department, is under review as part of the appointment procedure, the sources said.

Zhang has been engaged in international economic and financial cooperation for much of his career, serving at organizations including the Ministry of Finance and the Asian Development Bank, a multilateral development financial institution, where he had been a vice president.

The China Development Bank will also likely name a Ministry of Finance department head as an executive vice president, the sources said, although it remains unclear exactly who will be appointed.

China’s policy banks were set up by the State Council, the country’s cabinet, to fund projects which may not be highly profitable but are strategically crucial to social and economic development, including infrastructure, energy and agriculture initiatives. They raise much of their capital by selling bonds backed by state credit.

During the coronavirus outbreak, the policy lenders issued hundreds of billions of yuan in loans to aid medical efforts and businesses hit by the virus. Earlier this month, the China Development Bank said (link in Chinese) it will earmark another 350 billion yuan ($49.3 billion) to support resumption of business, on top of the 130 billion yuan and $5 billion quotas it announced (link in Chinese) previously. The Eximbank set up a 50 billion yuan assistance program for manufacturers and traders hit hard by the pandemic last month.

The banks’ own operations were also disrupted by the pandemic. None have yet released a 2019 annual report, missing the April 30 deadline for banks which sell bonds to publish their reports for the previous year. The China Development Bank said (link in Chinese) last month that it had not finished reviewing its report due to the impact of the pandemic.