China on Track with Agricultural Commitments in Phase One Deal: USTR 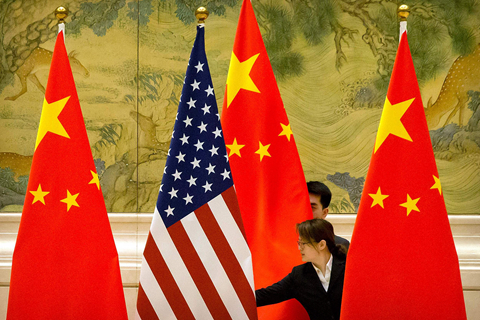 Two U.S. government agencies on May 21 announced additional progress in implementation of the agriculture-related provisions of the phase one trade agreement.

China has continued making progress on implementing agriculture-related provisions in the two sides’ phase-one trade deal signed in January, two U.S. government agencies said, even as tensions have escalated between the pair in other areas.

Multiple U.S. agriculture products, including blueberries and barley and other forage related products, as well as California Hass avocados, can now be exported to China, the U.S. Department of Agriculture (USDA) and U.S. Trade Representative’s (USTR) office jointly announced Thursday.

“China is a market of tremendous potential for U.S. agriculture and these actions will help U.S. exporters expand their sales there,” said U.S. Secretary of Agriculture Sonny Perdue. “We look forward to continued cooperative work with China on implementation of phase one commitments, and immediate increases in U.S. exports of all manner of agricultural products.”

China and the U.S. have been embroiled in a trade war since 2018, which saw the two sides slap billions of dollars of punitive tit-for-tat tariffs on each other’s goods, as the U.S. demanded a more balanced trade relationship. They reached a truce in January with their phase one deal, which included agreement to roll back some of their tariffs.

The agreement also saw China promise to increase its purchases of U.S. goods and services by no less than $200 billion over the next two years from a 2017 baseline, including $32 billion worth of agricultural goods.

Despite the January breakthrough, doubts have risen over whether two countries would fulfil their commitments due to escalating tensions in other areas. Legislation passed by the U.S. Senate last Wednesday could make it tougher for Chinese companies to list in the U.S. by subjecting them to the same rigorous accounting oversight as their U.S. peers.

On a separate front, the U.S. Department of Commerce said Friday that another 33 Chinese entities have been added to a U.S. economic blacklist over allegations they violated human rights and pose a threat to U.S. national security. That move is part of a separate broader campaign by Washington to punish certain Chinese companies by prohibiting them from doing business with U.S. suppliers and other business partners.

Clete Willems, a former White House trade adviser, told Caixin in an interview on Wednesday that China and the U.S. are feeling growing animosity towards each other, amid increasing economic tensions.

“(D)espite some of the negativity, I think the phase one deal remains the bright spot,” he said. “And that has remained an area where China by all accounts is implementing the deal pretty well, especially on the structural side. … In this era, where there is so much tension, it’s really important that we retain mechanisms where we can communicate and work together to solve problems.”

The joint statement from the USDA and USTR’s office is the latest sign that despite other tensions, Washington remains generally satisfied with progress in implementing the January trade deal.

On Thursday, Larry Kudlow, director of the U.S. National Economic Council, said in an online session with the Washington Post the agreement was “intact” and there was no plan to renegotiate. He added China’s purchases of U.S. commodities could be a little behind likely due to poor economic and market conditions.

In China’s annual work report delivered on Friday, Premier Li Keqiang pledged that Beijing will work with the U.S. to implement the phase one trade agreement.