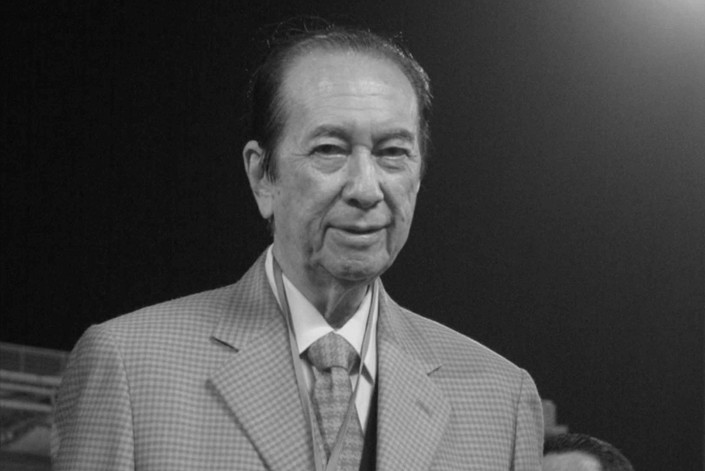 Stanley Ho, a towering figure in Asia’s gambling industry who played a key role in Macao’s emergence as the world’s foremost casino hub, has died. He was 98.

A former World War II smuggler who rose to become the billionaire owner of the former Portuguese colony’s gambling monopoly and one of Asia’s richest men, Ho spent decades as a high-profile tycoon, investor, and philanthropist known as much for his opulent lifestyle as for his business interests. He died Tuesday at the private Hong Kong Sanatorium & Hospital, according to CCTV, China’s state-owned broadcaster. No cause of death has been announced.

“Although we know the day will come, it does not ease our sorrow,” his daughter Pansy Ho said.

Stanley Ho is survived by 15 of the 17 children he had with four women. He had an estimated personal fortune of $5.3 billion when he retired in 2018, according to Forbes.

Born into a wealthy family in Hong Kong in 1921 and of mixed Chinese and European ancestry, Ho studied at the then-British colony’s Queen’s College. An initially undistinguished student, his family’s declining business fortunes encouraged him to focus more on his studies and he eventually won a scholarship to the University of Hong Kong.

When Japan occupied Hong Kong during the Second World War, Ho fled to neutral Macao, where he reportedly made money by smuggling food and luxuries across the border into China. He also maintained interests in the kerosene and construction sectors.

But it was after the war ended that Ho’s fortunes really took off. In 1961, he and his business partner, Henry Fok, won the only public tender for Macao’s gambling license, effectively granting them a monopoly over the territory’s gambling interests.

With gambling mostly outlawed in Hong Kong and entirely on the Chinese mainland, big spenders from across the region flocked to Ho’s tables. His casino empire generated about half of Macao’s total tax revenue by the 1990s, spurred the city to overtake Las Vegas as the world’s premier gambling center, and earning Ho the local nickname “the King of Gambling.”

The revenues continued even after Macao returned to Beijing’s rule in 1999 and started issuing gambling licenses to other companies from 2002.

A colorful character with a penchant for ballroom dancing, Ho fathered 17 children by four different women, three of whom survive him. His first two marriages occurred before Hong Kong banned polygamy in 1971.

A keen patron of the arts and sports, Ho held an honorary doctorate from the University of Macao, an Order of the British Empire for services to Hong Kong, and Portugal’s highest civilian honor for services to Macao.

He was also widely known for his philanthropy, with several museums and hospitals in both Hong Kong and Macao bearing his name.