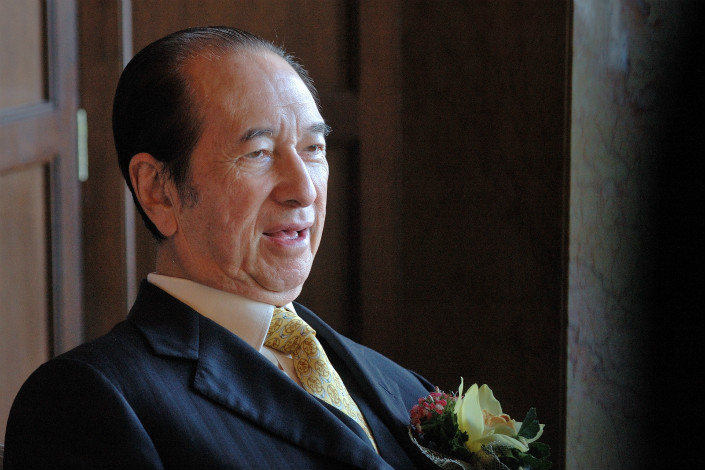 Ho is stepping down as chairman and executive director of SJM after a general meeting on June 12, according to a company filing released last week to the Hong Kong Stock Exchange.

Ho will stay on as chairman emeritus of SJM, leaving the reins to daughter Daisy Ho. His fourth wife, Angela Leong, and current board member Timothy Fok, will be appointed co-chairpersons and executive directors, it said.

The 96-year-old Ho “has justifiably been acknowledged as the founding father of Macau’s gaming industry, which has for some time been the largest in the world in terms of revenue,” the statement said.

Under his leadership, the company and its subsidiaries achieved significant growth in the past decade, and Ho built a solid foundation for the company’s continuing growth in the future, it added.

In June, he stepped down as chairman of conglomerate Shun Tak Holdings — whose businesses entail hospitality, property and shipping — and was succeeded by his daughter Pansy Ho.

Stanley Ho fled to Macau during World War II to escape the Japanese invasion of Hong Kong, then reportedly made his fortune smuggling luxury goods into China from Macau. He secured the only gambling license in the then-Portuguese colony in 1962.

Gambling revenue in Macau, the only Chinese territory in which gambling is legal, has begun to rebound after being dampened by Beijing’s crackdown on corruption in 2014.

Gambling receipts for the first quarter this year rose 20.5% to 76.5 billion patacas ($9.36 billion) from a year earlier, according to data from Macau’s Gaming Inspection and Coordination Bureau.