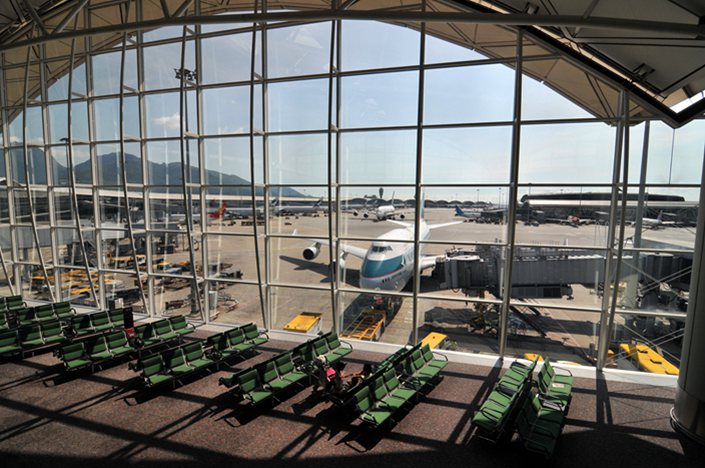 After the Tuesday announcement, queries involving Hong Kong rose by more than seven times between 4 p.m. and 5 p.m. from the same time a day earlier on online booking platform Qunar, while actual bookings rose by nearly 10 times.

Hong Kong said it will reopen its airport to transiting passengers on June 1, joining rival Singapore which made a similar announcement last week, as governments in the pair of regional hubs look to boost their local airlines as the global pandemic eases.

Airlines worldwide have been hit hard as people avoid flying during the pandemic to avoid risk of infection. But as autonomous cities whose flights are all classified as international, Hong Kong and Singapore have been hit especially hard due to the huge drop in cross-border flights as many countries place restrictions on such travel to stop new cases crossing their borders.

Compounding the issue, at the height of their local outbreaks, both Hong Kong and Singapore banned the use of their airports for transit travel that was once a major passenger source.

The resumption of that form of travel through Hong Kong was included in remarks by Chief Executive Carrie Lam, who announced the city is entering a new phase of disease control and prevention as the local number of cases falls. Despite allowing transit travel to resume, however, limits on people entering Hong Kong will remain in place, she said.

Word of the transit traffic resumption sparked a surge in Hong Kong-related travel queries from people in the adjacent Chinese mainland, as it opened up a new channel for large numbers of Chinese nationals stranded abroad to return home. China has strictly limited the number of international flights into the country since March, with ticket prices jumping as demand far outstrips supply on many routes.

After the Tuesday announcement, queries involving Hong Kong rose by more than seven times between 4 p.m. and 5 p.m. from the same time a day earlier on online booking platform Qunar, while actual bookings rose by nearly 10 times. On the Fliggy travel platform operated by e-commerce giant Alibaba, the number of search queries on transiting through Hong Kong increased nearly seven times.

Queries on Fliggy and Qunar showed the biggest interest in transit flights through Hong Kong originating from the U.S., Philippines, Canada, Australia, South Korea and Britain. Flights from Hong Kong to Seoul, London, Tokyo and Kuala Lumpur were also popular.

Hong Kong suspended the use of its airport for transiting passengers on March 25 as part of broader measures to control spread of the virus. The move had a chilling effect on passenger flights to the city, with inbound flights from non-mainland China destinations dropping from 100 per day in March to less than 30 per day in April and May. In April, the number of passenger trips totaled just 32,000, down 99.5% from a year earlier, while flights into and out of the airport totaled 9,445, down 73.5%.

The resumption of transit travel will most help locally based carriers, including Cathay Pacific Airways in Hong Kong and Singapore Airlines in Singapore. Cathay has yet to announce financial results for the first half of this year. But in its latest monthly traffic report for April, it said its Cathay Pacific and Cathay Dragon airlines carried just 13,729 passengers combined for the month, down a staggering 99.6% from a year earlier.

“The Covid-19 pandemic continues to impact us in an unprecedented way,” it said. “Year-to-date up to April, we made an unaudited loss of HK$4.5 billion ($580 million) at the full-service airline level (Cathay Pacific and Cathay Dragon), and the financial outlook continues to be very bleak for the coming few months at least.”

Among international carriers, Air Canada and Qatar Airways are planning to resume flights to Hong Kong in June. In the meantime, Singapore discount airline Scoot has announced plans to resume some flights in June to Guangzhou in China, as well as to the Malaysian cities of Penang, Ipoh and Kuching.