By Ma Danmeng and Matthew Walsh 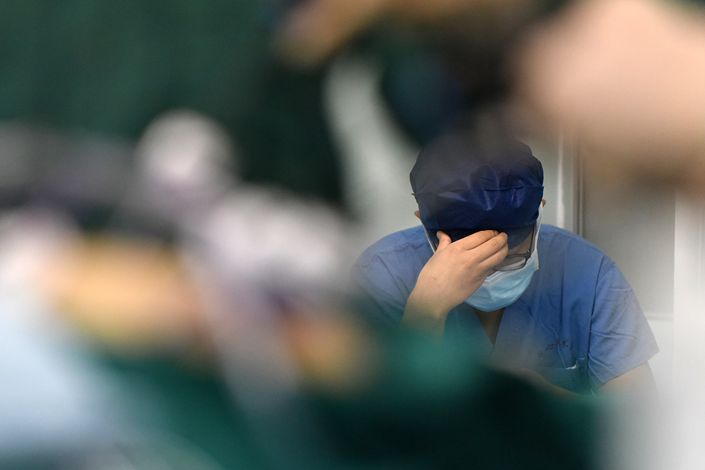 In his proposed amendments to the emergency response law, Zhou urges law enforcement agencies to take a lighter touch when reviewing widely circulated information that could be false.

A senior lawmaker from Hubei, the Chinese province hit worst by the deadly Covid-19 outbreak, has urged the government to rapidly reform its disease warning system and grant greater protections to medical whistleblowers in a bid to plug the gaps exposed at the start of the epidemic.

Zhou Hongyu, a longtime National People’s Congress (NPC) delegate and deputy director of the standing committee of the Hubei provincial people’s congress, proposed a series of legal reforms during the national legislature’s annual gathering in Beijing.

His recommendations follow revelations that from late December a number of medical professionals battling the first Covid-19 cases in the provincial capital of Wuhan tried to warn colleagues about the then-unknown disease, but were silenced by hospital officials and police. The subsequent death of the whistleblower doctor Li Wenliang from Covid-19 triggered nationwide public outrage.

Hubei, the epicenter of the Covid-19 outbreak in China, has officially recorded more than 95% of the country’s deaths.

“This epidemic has proved that time is life. If opportunities are missed, boundless calamity will follow,” wrote Zhou in a proposed amendment to China’s disease control law.

He favors making changes to China’s early warning systems to simplify the reporting of disease outbreaks and setting up direct lines of communication between disease-affected areas and the central government, while also empowering medical personnel to flag emerging outbreaks and inform the public when they have “legitimate doubts” and “specialist suggestions.”

In his proposed amendments to the emergency response law, Zhou urges law enforcement agencies to take a lighter touch when reviewing widely circulated information that could be false. “As long as the information is basically factually accurate, and its publishers and transmitters objectively carry no malicious intent, we should grant them a degree of leniency,” he wrote.

Zhou criticized perceived conflicts between the disease control law, which states that province-level governments are responsible for warning the central government about outbreaks, and the emergency response law, which assigns similar duties to county and local-level governments.

Additionally, he called on China to expand the list of ailments encompassed by the disease control law to include those that have spread widely in countries outside China, like Ebola and Middle East respiratory syndrome, and to clarify the temporary measures regional and local governments can take when responding to disease outbreaks of unknown origin.

Praising China’s stocks of medical supplies during the outbreak, Zhou also called for local governments to incorporate stock checks of emergency and essential goods into their annual audits.

Zhou, who is a professor at Wuhan’s Central China Normal University and has attended NPC meetings for nearly two decades, also tabled a range of amendments to China’s laws on biosecurity and the protection of wild animals.