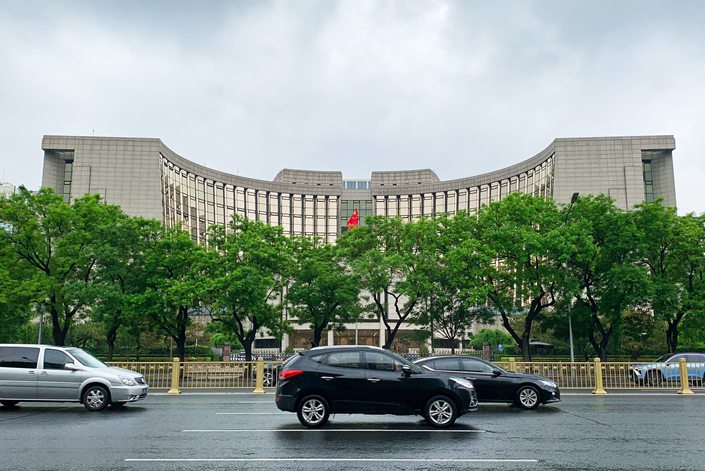 China’s central bank is stepping up efforts to help small companies weather the fallout from the coronavirus pandemic as part of a broader government strategy to support the economy and protect jobs.

The People’s Bank of China (PBOC) and the Ministry of Finance have set up a special purpose vehicle (SPV) to channel as much as 440 billion yuan ($62 billion) of funds to regional banks so that they can provide new loans or roll over maturing loans to small businesses, including those impacted by the Covid-19 outbreak, Deputy Governor Pan Gongsheng said (link in Chinese) at a briefing on Tuesday to explain what the central bank described as two “new monetary policy tools” announced the previous day.

“We need to step up policy support to protect enterprises and employment and stabilize economic growth, because the impact of this epidemic on the economy and society has been more intense than most people expected, and it may take far longer and be more difficult than originally anticipated for market entities to resume production and for economic growth to stabilize,” Pan said.

The central bank’s move follows pledges given by Premier Li Keqiang at the National People’s Congress in May to ensure more funding for small and micro enterprises, a sector of the economy seen as the biggest generator of employment. In his work report to legislators on May 22, Li said it was “crucial that we take steps to ensure enterprises can secure loans more easily” and that new monetary policy instruments would be introduced that could “directly stimulate the real economy.”

The new SPV will receive funds from the PBOC and will then channel the money to banks to provide or roll over loans to micro and small companies through two programs, according to a Monday statement (link in Chinese) from the PBOC.

In one program, the PBOC will provide as much as 40 billion yuan to encourage regional banks to roll over loans for small businesses with a line of credit of less than 10 million yuan. Banks who extend loan repayments can apply for an incentive equivalent to 1% of the principal through interest rate swaps with the SPV. But for companies there are strings attached — they must promise to keep employment “basically stable.”

This program follows a measure announced by authorities last month that repayment deadlines for loans to small businesses maturing this year can be extended to as late as the end of March 2021.

The PBOC expects the repayment of some 3.7 trillion yuan of loans to be deferred under this program, according to the statement.

The other program consists of a 400 billion yuan relending quota that the PBOC will inject into the SPV, which will buy unsecured loans granted to micro companies by qualified local banks. This temporary loan purchase plan is aimed at spurring lending of as much as 1 trillion yuan ($140.2 billion) to small businesses.

The SPV will buy 40% of the micro loans that qualified banks, including city and rural commercial banks, issue to small businesses between March 1 and Dec. 31 this year. Such loans must have maturities of at least six months. Banks will need to buy back the loans after a year and also shoulder the losses if they turn sour.

The aim of this program is to encourage banks to issue more unsecured loans to small businesses as many of them face difficulties in finding collateral to back their borrowing, according to the briefing. “Increasing the share of unsecured loans will help alleviate the financing difficulties of small and micro enterprises,” Pan said.

He denied that the two programs were a form of quantitative easing (QE). “These policies are not QE either in nature or in scale,” he said. “Compared with some other developed economies around the world, China still has room to use monetary policy tools and our monetary and credit policies can still be classed as normal.”

“[T]he new program will be helpful in supporting the real economy as SMEs account for 80% of urban employment in China and tend to have the most difficulties in obtaining credit during economic downturns,” economists at Goldman Sachs (Asia) LLC and Beijing Gao Hua Securities Co. Ltd. wrote in a Tuesday note.

The PBOC’s measures will also take pressure off banks’ capital and liquidity, enabling them to provide more support for smaller companies, Xing Zhaopeng, an economist at ANZ Research, wrote in a Tuesday note. “Statistically more than half of the business of local regional banks is SMEs,” Xing wrote. “The authority has drafted a capital replenishment scheme for small banks. However … the time it takes to authorize such a scheme may hamper it from meeting the urgent needs of SMEs.”

Economists at Nomura International (Hong Kong) Ltd. warned of the danger the measures could end up increasing financial risks as it will be the banks that have to assume all the risks of the loans and need to buy them back from the SPV after one year. “By limiting the liability of government and putting the onus on banks (especially small banks) to support businesses, these measures may end up increasing financial risks in the near future,” they wrote.