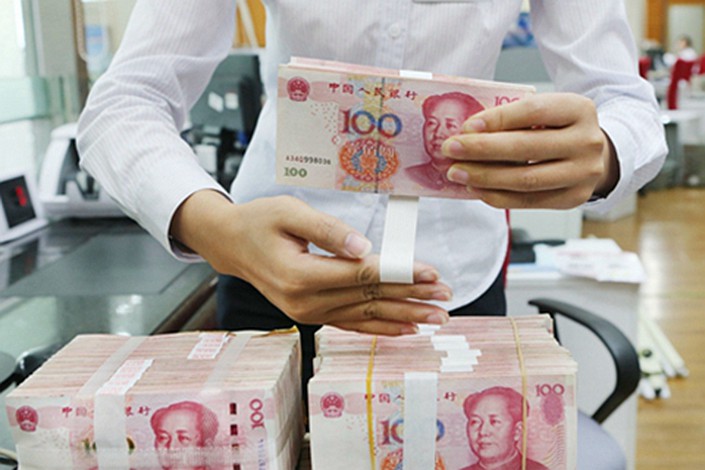 The government is also extending repayment deadlines for loans to micro, small and midsize businesses to the end of March next year.

China will use a variety of monetary tools to boost growth in its M2 money supply and total social financing (TSF) this year to “notably higher” rates than in 2019 as the country looks to offset the economic damage from the coronavirus outbreak.

Premier Li Keqiang announced the pledge in his annual government work report to the National People’s Congress, the country’s top legislature, during its annual session in Beijing on Friday.

The country’s monetary policy will be carried out in a “more flexible and appropriate way,” the report said. In contrast, Beijing last year aimed to keep growth in the M2 and TSF — a measure of credit and liquidity that includes bond and equity sales — in line with nominal GDP growth to keep major indicators within an appropriate range.

At the end of April, M2 and outstanding TSF growth stood at 11.1% and 12% year-on-year, both higher than the rates for the whole of last year.

“The current levels of growth can already be considered to be significantly faster than last year’s levels, so it’s not particularly binding,” economists with Goldman Sachs (Asia) LLC and Beijing Gao Hua Securities Co. Ltd. wrote in a Friday research report. “Similar to the lack of a GDP growth target, this may simply reflect uncertainty about how much support will be needed for the economy.”

“We doubt credit growth will accelerate as sharply as in 2009 given a greater awareness among Chinese officials of the costs of excessive leverage,” Julian Evans-Pritchard, a senior China economist at research firm Capital Economics Ltd., said Friday in a note. “That said, it’s clear that concerns about debt levels are taking a back seat for now given that they were barely mentioned in this year’s work report.”

There is room to speed up credit growth even more in the coming months, as policymakers pledged in the work report to further cut banks’ reserve requirement ratios and interest rates, and increase relending to support the real economy, economists at HSBC Bank PLC suggested.

Li also pledged in the work report to increase financial support to try to keep businesses running without disruptions. “Large commercial banks should increase inclusive finance lending to micro and small businesses by more than 40%,” Li said. Previously, the government’s requirement for this growth rate was 30%.

The government is again extending repayment deadlines for loans to micro, small and midsize businesses to the end of next March, according to the work report. Previously, it had extended the deadlines to the end of June.

Li also mentioned that policymakers are working to develop “new monetary policy instruments that can directly stimulate the real economy,” in his first public reference to the instruments.