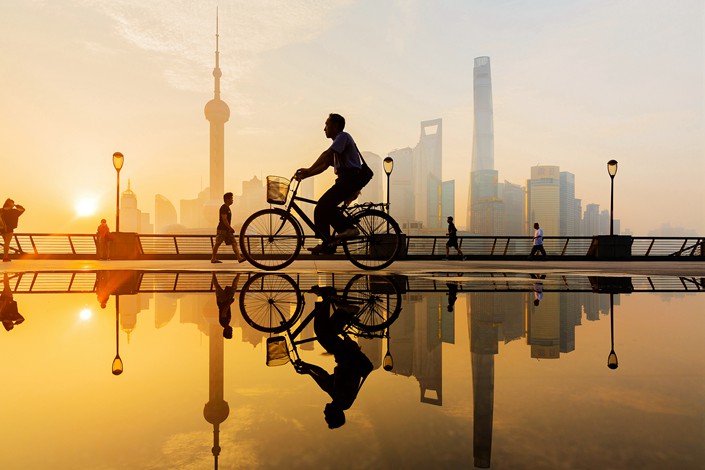 China’s economic growth dipped to an almost three-decade low in 2019, although the slowdown was accompanied by a more positive milestone — annual per capita GDP rose above $10,000 for the first time.

Gross domestic product (GDP) expanded 6.1% last year, the weakest pace since 1990 and down from 6.6% growth in 2018, data (link in Chinese) released Friday by the National Bureau of Statistics (NBS) show. The number, which was in line with economists’ expectations, was at the lower end of the government’s target range of 6% to 6.5% and reflects a softening in domestic and global demand and the impact of the trade war with the U.S.

For the fourth quarter of 2019, year-on-year GDP growth was unchanged from the previous three-month period at 6%, ending a five-quarter stretch of declines from 6.9% in the second quarter of 2018. The stabilization came on the back of improvement in economic activity in November and December, notably in investment.

China’s annual per capita GDP in nominal terms rose 9.7% to 70,892 yuan ($10,276) last year, marking the first time the value has exceeded $10,000, NBS chief Ning Jizhe said at a briefing (link in Chinese). The indicator, a measure of economic output that takes population into account, provides a better picture of a country’s standard of living. According to the latest data from the International Monetary Fund, China ranked 65th out of 186 countries in terms of per capita GDP in 2019.

Hitting $10,000 is a key psychological milestone for China. Ning said World Bank data show that the population of countries with a per capita GDP of more than $10,000 in 2018 amounted to nearly 1.5 billion. With China now exceeding that figure, the population of countries in this category will be close to 3 billion. “It is China’s contribution to the world as an emerging economy,” he said.

Many economists expect China’s growth slowdown to continue this year. Investment growth is likely to remain sluggish despite policymakers’ efforts to support spending, while real estate, traditionally a key driver of activity, will also be subdued as administrative controls over home purchases and funding for developers are maintained. The government has pledged not to unleash monetary stimulus, focusing instead on boosting fiscal spending, especially on infrastructure, to support growth.

GDP growth of less than 6% will be “inevitable” over coming quarters, economists with Nomura International (Hong Kong) Ltd. said in a note after the data. China could see further stability in the first and possibly second quarter, but headwinds from the real estate sector, worsening fiscal conditions and limited space for policy changes could lead to a further slowdown, they wrote.

Local governments have already planned for a tough year ahead. As of Thursday, 28 provincial-level governments had set annual economic growth targets for this year, and 20 of them lowered their goals from 2019, according to Caixin calculations based on official documents.

Some economists, advisers and policy observers suggest policymakers take greater monetary and fiscal stimulus, while others have urged China to continue structural reforms to deal with the obstacles hindering long-term growth, such as an aging population and stalled state-owned enterprise reform.

NBS data released Friday showed that the country’s working-age population, those aged 16 to 59, fell by around 890,000 in 2019 to 896.4 million, the eighth straight annual decline. The number of people aged 60 and over increased by 4.4 million to 253.9 million. The employed population shrank by 1.2 million to 774.7 million in 2019, the second consecutive decline after growing for more than 50 years.

Economists have warned that a rapidly aging population will lead to problems including a contraction in the supply of labor, rising labor costs, a heavier fiscal burden and a drag on productivity gains.

The NBS also released activity data for December on Friday. Fixed-asset investment, a key driver of domestic demand that includes spending on infrastructure, picked up to 5.4% (link in Chinese) for the whole of 2019 from a 5.2% pace for the first 11 months of the year but was lower than the 5.9% gain for full year 2018. Growth in government-driven infrastructure investment, however, dropped to 3.8% for the full year from a 4% pace in the first 11 months. The NBS only releases cumulative data for investment.

Value-added industrial output, which measures production at factories, mines and utilities, rose 6.9% (link in Chinese) year-on-year in December, up from a 6.2% growth rate the previous month. Retail sales, which include spending by governments, businesses and households, increased 8% (link in Chinese) year-on-year in December, unchanged from November’s pace.