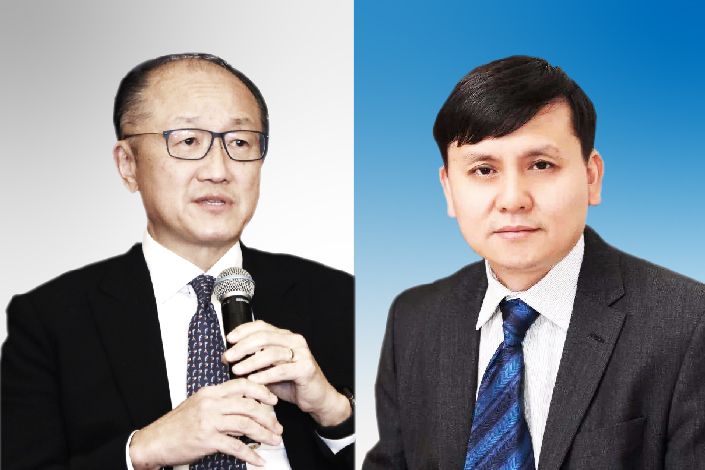 Former World Bank chief Jim Yong Kim called on the U.S. to launch an aggressive and costly coronavirus campaign that would “go after every transmission,” or face enduring economic harm.

U.S. policymakers had so far spent $3.5 trillion on stimulus measures just to treat the economic symptoms of the pandemic, even as they had “given up” on “classic public health measures” like quarantines and contact tracing, he said.

They had erred by approaching the coronavirus epidemic as an economic problem like the 2008 global financial crisis, rather than the public health crisis it actually is, Kim said at a Caixin Roundtable event on Tuesday.

Kim, who trained as a physician and previously served as a senior World Health Organization official, estimated a full program of testing, contact tracing, quarantine and lockdown measures across the U.S. could cost “hundreds of billions if not a trillion dollars.”

“But that is nothing compared to letting this go,” he said. “If you don’t fix the public health problem, the economic problem will just continue.”

Kim was joined from Shanghai by frontline physician Zhang Wenhong, director of the department of infectious disease at Shanghai Hua Shan hospital and leader of the Shanghai medical treatment experts group.

Zhang said his city of 24 million had “passed the darkest period,” and that Shanghai now has only five known active cases of the disease.

He emphasized the importance of contact tracing and social distancing measures in the city’s success. “I think it’s the most effective and least expensive,” Zhang said, pointing out that while China’s GDP is high, medical resources per capita are not.

“If we compare the ICU beds and hospital capacity with that in New York today, I cannot imagine (if we had) 300,000 patients in my city. So actually if you do not have much money, you have to do the close contact tracing very strictly at the very early stage.”

Zhang said that was an important lesson for developing countries and those that were still early in their coronavirus outbreaks. He and Kim agreed the situation in Brazil, which now has the second-highest incidence of coronavirus in the world, was of particular concern.

But Kim said he was “most worried about the United States,” where more than 20,000 people are now diagnosed each day and the national tally of 1.8 million confirmed cases is higher than any other country.

“In state after state, the public health authorities gave up” trying to stop the spread of coronavirus, he said.

He said those who doubt such a program could still succeed in the U.S. at this late stage should look to past public health victories like the eradication of smallpox 40 years ago, which he called “one of the greatest achievements in the history of humankind.”

A widespread vaccination program and contact tracing efforts that enlisted tens of thousands of individuals were key to the fight against that disease.

Compared to smallpox, Kim said no contact tracing effort was “too difficult, especially in the richest country in the world,” and considering the primitive technology of the last century.

“What I'm saying to business leaders is if you want to stop the bleeding, if you wanna stop having to spend another few trillion dollars on fiscal stimulus and do even more radical monetary policy, fix the public health problem like (they) did in China.”

Kim also said he was concerned that the large multinational pharmaceutical manufacturers with the most capacity got involved “relatively late” in researching a Covid-19 vaccine, which could delay its potential creation and delivery.