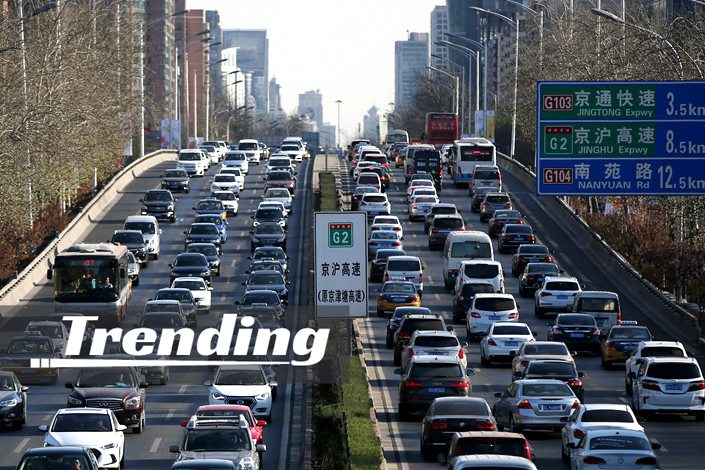 The Beijing Municipal Commission of Transport is soliciting public comments on a set of draft reforms to its vehicle license plate quota scheme. Beijing limits the number of license plates it issues, as a way of controlling the city’s traffic. The vast majority of license plates are issued either through public auctions or lottery schemes.

Under the proposed revisions, members of a family, including spouses, parents, and children, can file a joint application to enter the license plate lottery system if no one else in the family owns a car. A complex formula assigns a number to each family based on the number of family members and the length of time each individual has been waiting in the lottery pool. The higher the score, the higher their chance of winning the lottery (Source: People’s Daily).

Beijing has been using the lottery system to allocate vehicles since 2011. Winners are announced bimonthly, and receive permission to purchase either a conventional, gasoline-powered vehicle or an electric car (Source: China Daily). Many people have been waiting in the lottery pool for years.

The new draft, released on June 1, will prioritize families who have yet to gain a license plate. In the pool for conventional vehicles, these families will have significantly higher chances of winning the lottery than individual applicants. Families with no previous license plates will also receive preferential treatment with regards to license plates for new energy cars. (Source: China Times).

The move is meant to address the issue that some individuals and families own multiple cars, while other families, with 2 or 3 generations living under the same roof, have none. The inequality is thought to have given rise to underground transactions involving the illegal sale or rental of license plates (Source: Economic Observer).

Heated debate has erupted on Weibo. While some people support the intention behind the proposal, most people have voiced their opposition to its implementation. Most notably, single people who have waited for many years in the lottery pool complain that the rearrangement of new energy car quotas leaves them with barely any chance. One user writes, “so I don’t deserve a car if I’m not married?”

Others argue that the policy fails to address more pressing problems in the license plate quota system. One person suggested that officials should rescind all Beijing license plates owned by people from other provinces, restrict university students from entering the lottery system, and allow couples who are both from Beijing to purchase a car without a lottery. Others doubt the fundamental efficacy of a quota system.