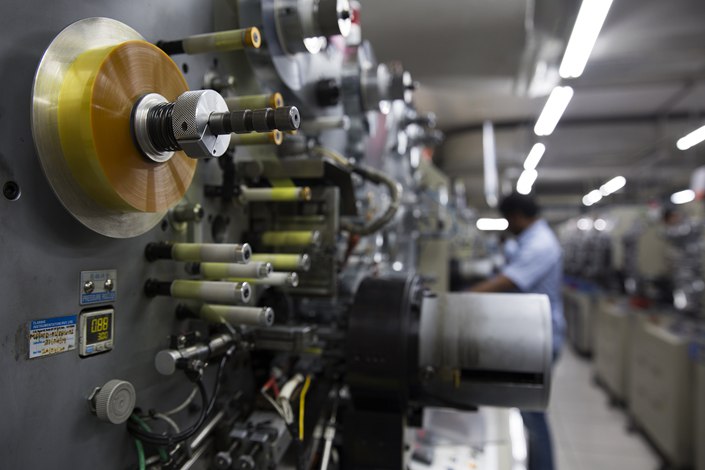 Analysts said India’s latest programs will give the country a long-term edge over China in competing for manufacturing.

India’s new incentive program to entice global smartphone-makers to set up factories there will give it a long-term edge over China in competing for manufacturing, industry observers said.

Earlier this week, India’s government announced that it would set aside 500 billion rupees ($6.6 billion) over the next five years to bring in global companies to set up facilities to make products across the smartphone supply chain.

As part of the program, the government will offer subsidies to qualified companies equal to 4% to 6% of incremental sales of the goods they manufacture in India over the five-year period. It will also offer these companies subsidies on their capital expenditures on an identified list of products including electronics components and semiconductors.

The announcement came against a backdrop in which governments around the world are increasingly calling for their countries to reduce their dependency on China for manufacturing amid the Covid-19 pandemic that exposed risks in key supply chains. It also came as Indian Prime Minister Narendra Modi, who has called for a more self-reliant India, has pushed for additional incentives to create more domestic manufacturing in an effort to create jobs.

The latest programs, which involve direct financial support, are much stronger than past policies that focused on increasing duties on imported goods as a way to support local production, said Tarun Pathak, an India-based analyst at Counterpoint Research. The new programs are also more aggressive, targeting high-value companies like contract manufacturing giant Foxconn and Chinese smartphone-makers such as Oppo and Vivo.

China remains the dominant player in the global supply chain for smartphone manufacturing, as nearly 65% of the world’s smartphones are assembled and directly shipped from the country to buyers around the world, according to Counterpoint.

But analysts said India’s latest programs will give the country a long-term edge over China in competing for manufacturing. India’s manufacturing capabilities in the smartphone industry have greatly improved over the past few years, Pathak said. In 2014, 70% of phones bought in India were imported. Now, 99% of the phones are assembled locally.

Adwait Mardikar, another India-based analyst who works for research group Canalys, said in an online seminar earlier this year that the Indian government’s policy push, along with multinationals’ strategies to mitigate supply chain risk, will make the country an attractive destination for manufacturers. “India will be a major manufacturer and exporter in the coming years,” Mardikar said, “and by the end of this decade, it might even rival China in terms of scale.”

Still, India has several weak spots that stand in the way of its goals, such as poor infrastructure and a lack of workers skilled in manufacturing, Pathak said.