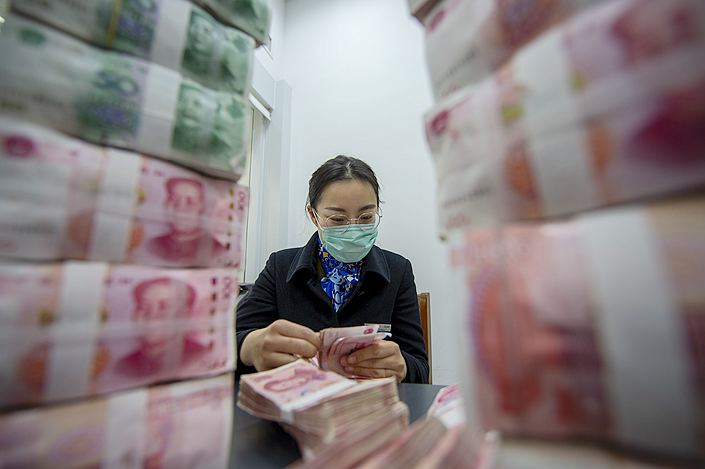 China’s banking regulator has instructed several large and midsize banks to slash the amount of their structured deposits to the same level as the beginning of 2020 by Sept. 30, Caixin has learned.

China’s top banking regulator has told some banks to reduce their structured deposits, clamping down on increasing regulatory arbitrage in which lenders provide guaranteed returns to companies in the guise of investment products.

This month, the China Banking and Insurance Regulatory Commission (CBIRC) gave unofficial instructions known as window guidance to several large and midsize banks, asking them to slash the amount of their structured deposits to the same level as the beginning of 2020 by Sept. 30, several bankers told Caixin. The lenders were asked to cut the amount further to two-thirds of that level by the end of the year.

Regulators want to crack down on “fake” structured deposits and regulatory arbitrage practices, as many companies use cheap money raised from bond issuance or other financing channels to invest in these bank products, the bankers said.

Structured deposits, known overseas as yield-enhancement products, are deposit products embedded with derivatives contracts linked to currencies, commodities or stock prices. In theory, they offer a mixed return in line with regular bank deposits, along with yields linked to the derivatives.

But in practice, banks often fabricate the derivatives contracts and guarantee investors’ principal and returns, posing financial risks in the sector. Such products have gained popularity in China since 2018, after regulators tightened control over wealth management products, forcing banks, especially smaller lenders, to seek alternative sources of funding.

The structured deposit business has grown quickly in recent months, despite attempts by regulators to curb the practice. According to data (link in Chinese) from the central bank, outstanding structured deposits increased to a record 12.1 trillion yuan ($1.7 trillion) at the end of April, up 1.8 trillion yuan from last October — when the CBIRC urged lenders (link in Chinese) to keep their existing structured deposits at around the same level within a one-year transition period, and required them to rectify products that didn’t meet regulatory standards within the period. Market data show that the average return on structured deposits rose to 5% from 4% at the beginning of this year, higher than the current one-year national loan prime rate of 3.85%, which is a reference for banks to price their loans.

The CBIRC’s window guidance reiterating its concern over structured deposits came as policy rates were cut and the central bank injected markets with massive amounts of liquidity, as the government stepped up support for the economy amid the coronavirus pandemic. Enterprises found it easy to get their hands on cheap cash by issuing bonds or borrowing loans at low interest rates, and arbitrage emerged as some used the money raised to buy investment products with high returns.

In May, a China Everbright Bank Co. Ltd. branch in the eastern city of Suzhou was fined (link in Chinese) 500,000 yuan by the local banking regulator for misconduct including issuing loans to clients and asking them to use the money to invest in its structured deposits. China Citic Bank Corp Ltd.’s local branch in the eastern city of Zhoushan was also fined (link in Chinese) 800,000 yuan for a similar practice.

Such arbitrage has pushed up China’s total social financing data, but cheap loans or other types of money involved haven’t flowed into the real economy as officials had hoped. Some market participants have pointed out that regulating structural deposits can help cut down on the arbitrage.