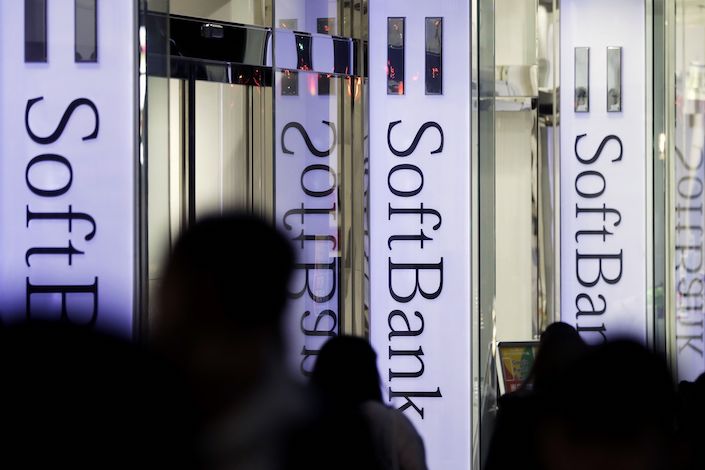 Pedestrians walk past signage for SoftBank Group Corp. outside a store in Tokyo. Photo: Bloomberg

(Bloomberg) — SoftBank Group Corp.’s Vision Fund is preparing to cut staff by about 15% after reporting record losses for the last fiscal year, according to people familiar with the matter.

Rajeev Misra, head of the London-based Vision Fund, expanded the number of planned cuts in recent days to as many as 80 employees out of roughly 500, said one of the people, who asked not to be identified discussing personnel decisions. The fund had planned to trim about 10% of its workforce as of last month, Bloomberg News reported.

SoftBank Group International, an arm led by Marcelo Claure, reduced its staff by about 26 out of 230, said another person familiar with the matter. Bloomberg News reported last month that the group’s cuts were expected to be about 10%.

SoftBank, led by billionaire founder Masayoshi Son, reported a record operating loss of about $13 billion last month as it wrote down the valuations of companies like WeWork and Uber Technologies Inc. In just one year, the Vision Fund went from the main source of booked profits at SoftBank to the biggest loss contributor. Son originally said he hoped to raise a new Vision Fund every two to three years but has conceded he can’t attract money now because of poor performance.

“SoftBank is good at controlling when to step on the gas pedal and when to pump the brakes,” said Shinji Moriyuki, an analyst at SBI Securities. “Many Japanese companies are both cautious to advance and very reluctant to retreat. It makes sense now for the Vision Fund to cut back.”

Spokespeople for the Vision Fund and SoftBank Group declined to comment.

SoftBank’s businesses were battered early this year with the coronavirus outbreak, and its stock tumbled. Son then unveiled plans to buy back shares and pay down debt by selling off about $42 billion of assets, including part of its stake in Alibaba Group Holding Ltd. SoftBank shares have doubled since their low in March. They were little changed Wednesday.

Separately, Arm Ltd., a chip technology company owned by SoftBank Group, said the chief executive officer of its China joint venture was replaced. A majority of the board of Arm China voted to remove Allen Wu, the company said.

At the Vision Fund, Misra is looking to slice as much as 20% of costs, the first person familiar with the matter said. The cuts may disproportionately affect staff responsible for supporting portfolio companies, known internally as the operating group, the person said. As many as 18 people in the group will lose their jobs out of a total of about 50.

The focus of the cuts on the operating group raises the question of why it is letting go of staff with the expertise needed to help portfolio companies through the crisis. More than 85% of the fund’s capital has already been spent, and the remainder is reserved for follow-on investments, suggesting that startup operators will be needed more than dealmakers.

Most of the operating group’s members were hired by Claure, SoftBank’s chief operating officer, in 2018 with the goal of helping startups fine-tune their strategies to improve execution and speed their path to profitability. Claure’s mandate put him on a collision path with Misra, who ended up absorbing the team into the Vision Fund in early 2019. Gerry Lopez, a former executive at Starbucks Corp. and PepsiCo Inc., heads the group.

Some of the Vision Fund’s staff may transition to positions at SoftBank, the person said. Two of its managing partners are already planning to move into new roles at the Japanese company. Akshay Naheta will become senior vice president, assisting Son in investments and providing strategic advice. Kentaro Matsui will transition to a senior advisory role at SoftBank.

Just a week ago SoftBank disclosed that Misra received a substantial increase in compensation despite massive losses in the business. The former Deutsche Bank AG trader earned 1.61 billion yen ($15 million) in the year ended March 31, more than double his pay a year earlier. Misra was SoftBank’s second-highest-paid executive in the period after Claure.

SoftBank Group may also have staff departures. About 30 of the 192-person workforce at the Tokyo-based business have submitted resumes seeking jobs to one of Japan’s recruitment agencies, according to another person familiar with the matter.