China Hits Back at U.S. Arrest of Chinese Researcher 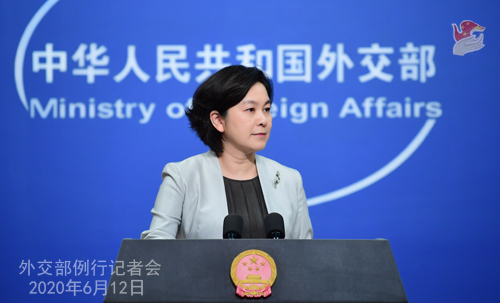 Chinese foreign ministry has accused the U.S. of “political persecution” in arresting a Chinese scholar charged with visa fraud at a Los Angeles airport on Thursday.

Wang Xin, a Chinese national and a researcher at the University of California, San Francisco, on a J-1 scholar visa was arrested at the Los Angeles International Airport while planning to leave the United States, according to a statement released by the U.S. Justice Department.

Wang was charged with alleged visa fraud. The U.S. Justice Department claims that the scholar withheld critical information during the visa application process –that he is currently a “Level 9” technician in the Chinese People’s Liberation Army, equivalent to the level of Major.

When asked about the arrest of Wang, Hua Chunying, a spokeswoman at the Chinese foreign ministry, said the U.S. arrest constituted “blatant political persecution.”

“The U.S. act of holding a Chinese scholar returning to China due to so-called military background is in serious violation of the lawful rights of Chinese nationals who study in the US and constitutes blatant political persecution,” Hua said.

“Emphasis on ‘army officer’ is just another move for the U.S. to demonize the Chinese national and pin labels on him. As far as I know, Wang Xin does research in the field of cardiovascular disease. I don't see how that could ever threaten US national interest or security.”

The Chinese spokeswoman urged the U.S. to “acknowledge and immediately correct this serious mistake, stop imposing unwarranted restrictions and oppression on Chinese nationals studying in the US under various pretexts, and protect their legitimate and lawful rights.”

The arrest comes as the two countries have been clashing over a series of disputes including intellectual property rights, in which the U.S. Secretary of State accused China of using Chinese scholars and students to “steal sensitive technologies” from American institutions.

Despite the public clashes and rhetoric, U.S. news website Politico reported on Friday that Pompeo has been “quietly” planning a trip to Hawaii to meet with Chinese government officials, a sign that the two sides could be seeking to ease the current tensions.