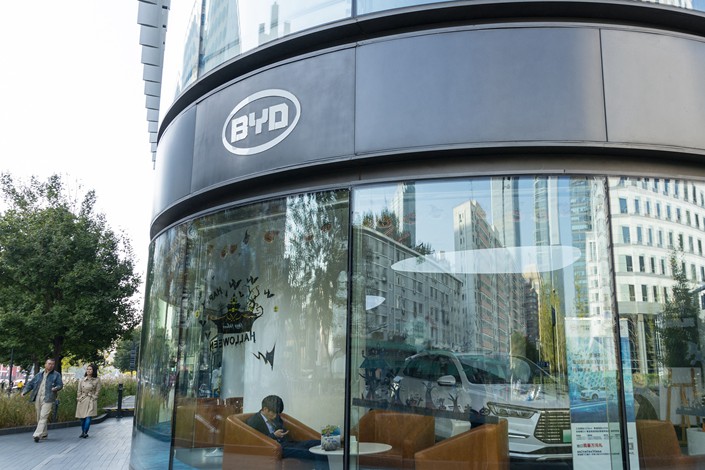 BYD has over the years built up a semiconductor business, with one of the major product offerings being an insulated-gate bipolar transistor (IGBT), which is widely used as an electronic switch in machines and devices including electric cars.

The semiconductor unit of electric-car giant BYD Co. Ltd. has raised another 800 million yuan ($113 million), just weeks after it raised 1.9 billion yuan, as it seeks to expand its client base beyond its own use.

The additional injection of funds was achieved against the backdrop of Beijing’s efforts for China to become more self-reliant in the important semiconductor sector following sanctions by the U.S. on a series of the Chinese companies in recent years.

Shenzhen-listed BYD said (link in Chinese) in a filing on Monday to the Chinese mainland bourse that the main participants in the latest round of funding were industrial investors. They included South Korean conglomerate SK Group, smartphone-maker Xiaomi Corp., and mainland-based chip manufacturing contractor SMIC.

BYD said late last month it had signed contracts with a group of 14 strategic investors that agreed to inject 1.9 billion yuan into its semiconductor unit, BYD Semiconductor.

Backed by billionaire investor Warren Buffett, Shenzhen-based BYD is a leading electric-car maker in China. It also has built up over the years a semiconductor team, with one of the major product offerings being an insulated-gate bipolar transistor (IGBT), which is widely used as an electronic switch in machines and devices including electric cars.

BYD largely produced IGBTs for its own use but recently ramped up efforts to sell them to external clients amid the slump in electric-car sales.

In April, BYD announced a reorganization of its wholly owned subsidiary BYD Microelectronics, renaming it BYD Semiconductor in preparation of a separate listing in due course.

BYD said in the Monday statement that it would cooperate further with companies participating in the latest round of funding and would “fully make use of their industrial resources to expand its third clientele network.”

BYD also faced other domestic rivals including StarPower Semiconductor Ltd., which was listed on Shanghai’s Nasdaq-like STAR board earlier this year.

BYD has not announced any financial data for its semiconductor unit. But in the first quarter of this year, the parent company’s net profit plummeted 85% to 113 million yuan on revenues of 19.6 billion yuan, according to its earnings report.

For the first four months, the company’s total car sales, which also include internal combustion vehicles, dropped 40% to 93,000 units.