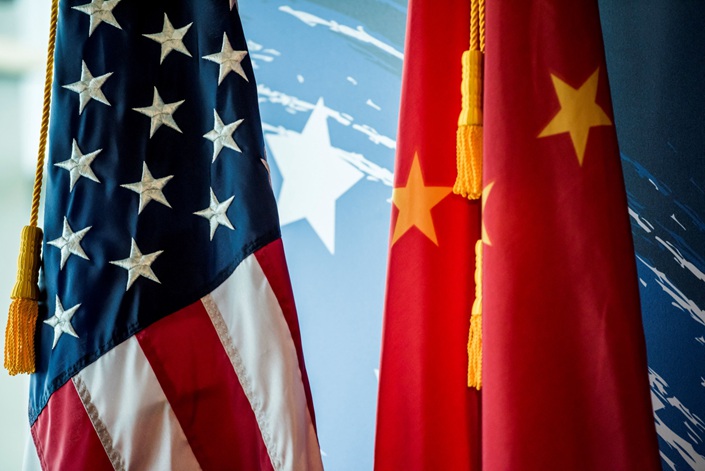 A high-level conference of Chinese and American officials was set for Wednesday at a U.S. military base in Hawaii. It was to be the first face-to-face meeting between top diplomats from the two countries after months of travel disruption amid the Covid-19 pandemic and after a sharp slide in bilateral relations.

As of Wednesday morning, neither Beijing nor Washington officially confirmed the meeting or disclosed an agenda. Several media outlets reported that the delegations were led by U.S. Secretary of State Mike Pompeo and China’s State Councilor Yang Jiechi. U.S. Special Envoy for North Korea Stephen Biegun was to be part of the American delegation, the South China Morning Post reported.

Yang and Pompeo last met in August at the height of the trade war between the world’s two largest economies. Even as the trade conflict unfolded, high-level exchanges between China and the U.S. never stopped. That is why the two countries were able to reach the phase one trade agreement in January. But the coronavirus outbreak largely halted global travel and forced several major gatherings of world leaders to move online or be postponed.

Under these circumstances, the Hawaii meeting sends a strong signal that China-U.S. relations are so important that top officials must step in to halt the slide.

Observers widely expected the meeting to cover a range of issues on which the two sides are at odds, including trade, technology, dealing with the pandemic, publicly traded companies, Hong Kong, the Xinjiang Uygur autonomous region and the South China Sea. But rather than any significant solution for the areas of disagreement, the meeting may serve to prevent the cracks in bilateral relations from expanding further.

The two countries are also in disagreement on China’s recently proposed national security legislation for Hong Kong and issues related to Taiwan.

Relations between China and the U.S. have plunged to their lowest point in decades, especially after the Covid-19 pandemic. Although top leaders in March held a telephone conversation and agreed to cooperate in battling the pandemic, disagreements on various issues including the role of the World Health Organization set the two sides further apart. It is the time for the two countries to sit down and discuss how to coordinate the combat against the coronavirus.

There have always been ups and downs in the 41-year diplomatic relationship between China and the U.S. There were times when relations deteriorated to the verge of collapse, such as the 1999 U.S.-led bombing of the Chinese embassy in Belgrade during the Kosovo conflict. Other disagreements have long lingered, such as cybersecurity issues.

Fortunately, none of these issues has affected the main direction of bilateral relations based on mutual benefits. But today, concern over worsening China-U.S. ties seems to be deeper. At an April event organized by Bloomberg, former Australian Prime Minister Kevin Rudd said the U.S.-China relationship is now in “fundamental disrepair” as the machinery that previously existed through the strategic and economic dialogue has virtually been rendered redundant.

“The best we can hope for is a tactical pause in the hostilities while the strategic dimensions of the relationship continue to unravel,” Rudd said.

But at the same event, Cui Tiankai, the Chinese ambassador to the U.S., said there should be more optimistic expectations for China-U.S. ties. Rather than seeking only to suspend tensions, the two sides should sincerely think about the foundation of their important bilateral relations, Cui said.

Of course, the Hawaii meeting may serve only as a chance for the two sides to seek to suspend tensions. More efforts to improve the relationship will need to follow. The phase one trade agreement is a good example of how the two countries can put aside disagreements and move toward each other for mutual benefit.

Before former President Barack Obama’s China visit in 2014, I interviewed then-U.S. Assistant Secretary of State for East Asia Affairs Susan Thornton in Washington. She told me that ups and downs are normal parts of China-U.S. relations and the two countries will eventually reach consensus on many topics under their shared interests. But when I met Thornton again last year, she seemed to be less confident.

Recent clashes between the two countries may erode previous optimism on bilateral relations, underscoring the need to prevent further escalation. The Hawaii meeting should set a first step to lead relations in the right direction.

Huang Shan is the deputy managing editor of Caixin Media.