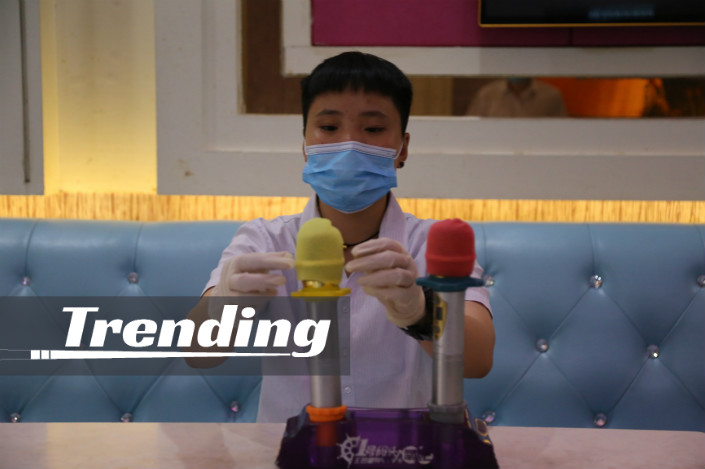 On Monday, the Ministry of Culture and Tourism modified guidelines for reopening China’s entertainment venues including theaters, nightclubs, cybercafes and karaoke lounges. In addition to specifying public health measures, the guidelines put a series of time and capacity limits on the use of indoor venues.

According to the “consumer protection” section of the new guidelines, customers may not spend any longer than two hours inside an indoor venue. Entertainment venues are only allowed to operate at 50% of normal capacity as a whole and in individual rooms. Theaters can only use 30% of their seating capacity and must leave at least one seat empty between every two people in the audience.

Strikingly, the new guidelines make no mention of the fate of cinemas. Most of China’s movie theaters have been closed since the start of the Covid-19 outbreak in January, with the national box office making only 12% of its expected value in the first quarter of 2020, according to a report by the China Film Association. As other businesses reopen, cinemas lag far behind due to concerns that people sitting in close proximity will drive transmission of the virus.

The new guidelines sparked heated debate among internet users regarding the best way forward for China’s entertainment sector. Some users argue that the 2-hour time limit may actually backfire by speeding up the flow of customers, while others question how such a time limit could be strictly enforced.

Other people are clamoring for the government to reopen movie theaters. They believe that it is much safer and more practical to monitor customers and maintain social distance at cinemas than in cybercafes and party venues.