By Isabelle Li and Qu Hui 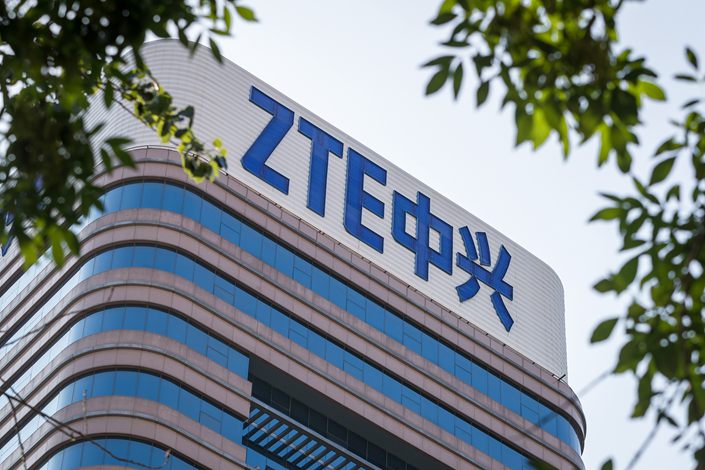 The parent of ZTE Corp. has sold off another chunk of its stake in the Chinese telecom-equipment maker, continuing a trend that goes back to when the U.S. fined the company $1.2 billion in mid-2017.

ZTC Holdings Co. Ltd. announced Monday that it had sold 20.37 million of its subsidiary’s A shares at an average price of 39.44 yuan ($5.57), raising 803 million yuan. It was the sixth time in the past 15 months that ZTC Holdings had sold a portion of its stake in ZTE.

The latest sale reduced ZTC Holdings’ holdings in ZTE to 1.08 billion shares, leaving it with about 23.4% of the total. It remains ZTE’s largest shareholder.

The share sales are a sign that the U.S. sanctions are taking a toll on ZTC Holdings’ finances, according to an analyst from investment bank Jefferies & Co., who noted that it had reduced its ZTE stake by 15% since mid-2017.

The sales have been especially pronounced since March 2019, when its stake in ZTE dipped below 30%. Since then, ZTC Holdings has sold about 5.86 billion yuan worth of ZTE shares.

ZTE’s business and share price has suffered since the Trump administration sanctioned the Shenzhen-based tech company in April 2018 for violating export restrictions. ZTE Corp. reached a settlement with the U.S. government in June 2018 after agreeing to pay a fine of $1.4 billion and replace its board.

ZTE reported a 7 billion yuan loss for 2018, while its parent said it lost 6.8 billion yuan. The fine, along with business setbacks, put the two enterprises in need of urgent financing as they struggled with weak cashflow and a rising debt burden. According to disclosures by the Shanghai Clearing House, ZTC Holdings’ debt-to-asset ratio rose from 68.42% at the end of 2017 to 74.36% by the end of 2018, though this year it has nearly recovered to pre-sanction levels.

ZTE’s shares closed down 5.6% Tuesday on the Chinese mainland and 4.5% lower in Hong Kong.