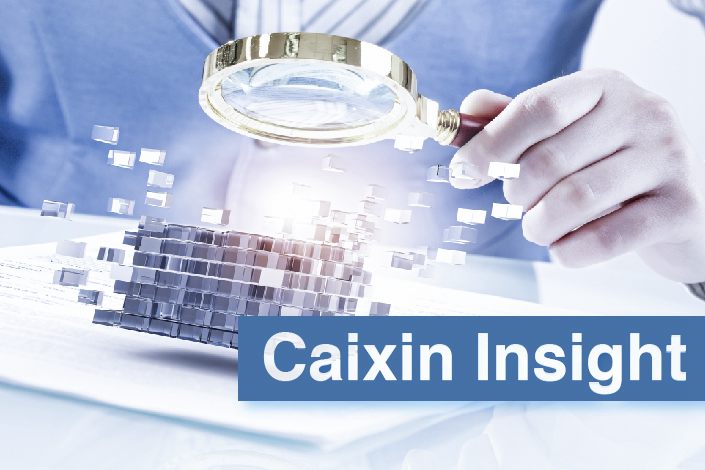 Chinese companies are ditching their U.S. listings at the fastest pace since 2015 as they grapple with rising tensions between Beijing and Washington, and increasing scrutiny of Chinese firms following the $310 million financial reporting fraud of Chinese Starbucks challenger Luckin Coffee Inc. The Luckin scandal led the U.S. Senate to pass the Holding Foreign Companies Accountable Act, a measure that could lead to delistings of Chinese stocks that don’t comply with certain financial transparency requirements if it passes the House of Representatives, which seems probable.

Those that hope to remain public are rushing to conduct secondary listings at home, often in Hong Kong. The migration of U.S.-listed Chinese companies to Hong Kong for secondary listings could attract as much as $557 billion to the Asian financial hub, American investment bank Jefferies estimated in a report.

The decision to list shares in China is both a response to regulatory changes and a reflection of companies’ long-term, strategic considerations, said Pang Ming, head of Macro and Strategic Research at China Renaissance Securities. Chinese companies are expected to benefit from higher market awareness, valuation, liquidity, trading volume and fundraising ability in their home market, Pang said.

In an exclusive interview with Caixin, Yi Huiman, chairman of the China Securities Regulatory Commission (CSRC), pledged continued opening-up, called for cooperation with U.S. regulators and proposed joint investigations of financial fraud. He also discussed a range of other topics, which we won’t post in full here, but the interview provides valuable insight into the CSRC perspective on cross-border regulatory issues.

Yi’s said that “despite the current political noise in the U.S., the CSRC will continue to strengthen cooperation with American regulators,” a positive sign for negotiations between the CSRC and U.S. Securities Exchange Commission and Public Company Accounting Oversight Board. He further claimed that, in fact, “China has never prohibited or prevented accounting firms from providing audit working papers to overseas regulators. We understand that the essence of Chinese laws and regulations is that information such as audit working papers should be exchanged through channels of regulatory cooperation and in accordance with relevant provisions on security and confidentiality.”

This claim has drawn some attention, as it is substantially different from claims on the U.S. side that regulators have not allowed the PCAOB to see documents or ask questions of Chinese firms. Paul Gillis, a professor at Peking University’s Guanghua School of Management, wrote on his blog that this may be the first time Chinese authorities have signaled support for joint inspections, and that Yi’s comments may be “a signal that China will back down on this issue, allowing joint inspections with adequate controls to protect state secrets.”

Baowu and Zijin digging to the bottom of their bank accounts

State-owned steel giant Baowu is leading a consortium of steelmakers seeking to revive a long-stalled iron ore project in Guinea, taking over from Chalco as it seeks to secure supply of the main raw material for steel production.

Baowu is seeking to raise some $6 billion for a fund to develop the Simandou iron mine in the West African nation, persuading other major Chinese steel companies to co-invest in the project. But the fund will only provide a small portion of the money needed, as Baowu estimates getting Simandou up and running could require more than $15 billion all told after factoring in the necessary infrastructure build-out, such as a cross-country railroad and deep-water port.

But while the project could secure Baowu and other consortium members with access to the world’s largest, highest-quality untapped iron ore reserves at just $40 per ton, less than half of the current market price, it is easier said than done. Baowu has taken the consortium approach in part to spread out the risk, given the massive investment needed, but that too carries its own challenges; Chalco failed to get the project off the ground in part because of difficulty reaching agreement among members of its group.

Such projects are also notoriously vulnerable to political winds, with another Chinese mining giant recently losing access to a major project in Papua New Guinea. The PNG government surprised it and its Canadian joint-venture partner Barrick Gold Corp. by refusing to renew their lease on April 24, a move Barrick described as “tantamount to nationalisation,” and which Zijin president Chen Jinghe said could impact the country’s relations with China. (Worth noting, however, is that a 2019 report from Columbia Law School documented a host of social, environmental and rights concerns associated with the mine.)

Zijin has splashed more than $1.3 billion on projects at home and abroad since April 24 in an effort to minimize the impact of losing the mine. The aggressive shopping spree and associated debt triggered Moody’s, S&P and Fitch, to downgrade their outlook for Zijin on concerns about the company’s acquisition strategy and future performance in the short term in a report published Tuesday.

The Lujiazui forum, an annual gathering of senior financial regulators, experts and market participants, opened Thursday in Shanghai. Key takeaways from some of the major speeches at the event included:

Liu He, vice premier: China still faces relatively huge pressure from the slowing economy, but the situation is gradually changing for the better. The country is confident that it can handle any internal or external risks, and ensure its financial system operates steadily.

Guo Shuqing, PBOC Party chief: China will not launch a flood-like stimulus, let alone monetize its fiscal deficit or employ negative interest rates. Large economies around the world need to pay attention to spillover effects of their policies. And all countries and regions should reserve certain policy space for the future when issuing new stimulus and think about how to exit large-scale stimulus in the future.

Yi Gang, PBOC governor: China should try to prevent moral hazard when implementing financial policies in response to the coronavirus pandemic, and think in advance about the withdrawal of the policy tools involved.

Pan Gongsheng, PBOC deputy governor: Overseas institutional investors hold about 6.4 trillion yuan of yuan-denominated assets, which have had an average annual growth rate of more than 20% in recent years.

Ravi Menon, managing director of the MAS: The Monetary Authority of Singapore (MAS) and the PBOC are exploring the possibility of allowing Chinese tourists to use the PBOC’s digital currency abroad.

What to look for: