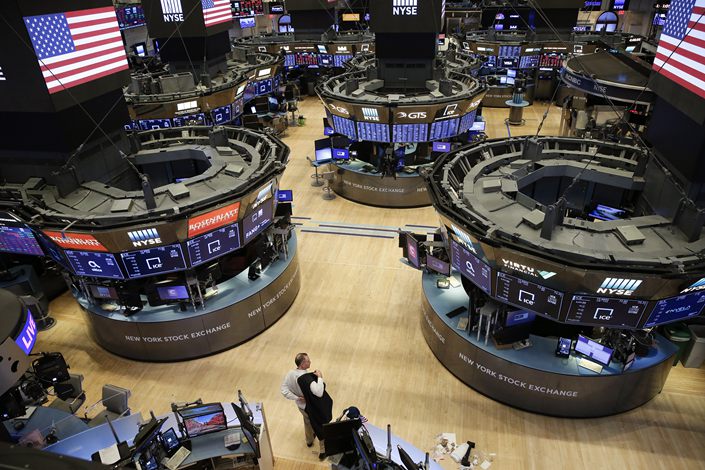 The Luckin Coffee scandal may have forever altered the landscape for Chinese firms aspiring to IPO in America. Proposals that codify tougher regulations abound — from the Senate’s passage of the Holding Foreign Companies Accountable Act to the presidential working group on financial markets tasked with creating recommendations for curbing Chinese firms from listing.

Several clear-cut yet opposing trends have emerged. First, despite increased regulatory scrutiny, Chinese startups who find the allure of an IPO in America irresistible continue to forge ahead, undeterred. At the same time, larger and well-established firms that floated their shares on American bourses in previous years are opting for Hong Kong as a venue for a secondary offering.

Luckin’s meltdown has lent credence to Washington lawmakers that politicize capital market access and as if on cue, strike a harsher tone against Beijing. In President Trump, they have an ally whose gaze, steady as a marksman is honed in on China Inc.

But are tougher regulations warranted?

The Public Company Accounting Oversight Board (PCAOB) — the watchdog created in the wake of the America’s Enron and WorldCom scandals in 2002 — has repeatedly expressed difficulty in obtaining audit working papers and reviewing examinations of Chinese firms. In 2013, a Memorandum of Understanding to address these challenges was signed with Chinese authorities. However, cooperation has not been sufficiently rectified for the PCAOB to select audit work, conduct inspections and review potential violations consistent with its mandate.

From Beijing’s perspective, Yi Huiman, China’s top regulatory officer recently stated that China has never banned or stopped its companies from providing audit papers to foreign regulators. The disconnect between Beijing and Washington highlights the complexity in regulating cross-border IPOs. Here is an instance where cooperation between both nations is vital to maintain the integrity of the listing process, uphold investor confidence and safeguard investor funds. Amidst the backdrop of great power competition, the initial finger-pointing emblematic of marital pettiness has turned into outward hostility and makes cooperation between both countries virtually unfeasible.

Still, after Luckin, Chinese firms continue to seek U.S. investors even as they confront a tougher regulatory stance. Kingsoft Cloud, one of the largest cloud services providers in China and backed by phone-maker Xiaomi, was the first major Chinese IPO to test the listing waters on Nasdaq, raising more than $500 million. Right on its heels, Dada Nexus an online grocery platform with strategic investors JD.com and Walmart also made its unveiling on the exchange.

American investors find Chinese IPOs tantalizing and crave even the tiniest morsel of any offering as an entry point into the world’s second largest economy. At least for the time being, U.S. investors have brushed aside some of Washington’s most restrictive proposals.

While smaller, younger companies plow ahead, undaunted by an American listing, mature, established firms are listing their shares back home. Hong Kong has emerged as the clear winner for secondary offerings for Chinese companies already trading in the U.S.

In November 2019, Alibaba chose the Hong Kong Stock Exchange for a secondary stock offering. This was a homecoming of sorts for the ecommerce giant, particularly at a time of political turmoil for the city. It was seen as a much-needed vote of confidence in Hong Kong’s future as a global financial hub. Last week, Alibaba’s chief rival JD.com debuted with a $4 billion secondary float. And gaming giant NetEase whose shares have been trading on Nasdaq since 2000, raised about $3 billion in its own offering.

In Mandarin, there is a term called “hai gui” meaning sea turtle that is used to describe the masses of Chinese students who attend university in America but then return to China for work. These technology giants are the first wave of corporate “hai gui” returning home. Expect to see additional homecoming listings for the foreseeable future.

Why are Chinese firms flocking to Hong Kong now? Two years ago, the Hong Kong Stock Exchange removed a restriction on a dual-class share structure, paving the way for technology and biotechnology firms with different stock classes to list on the exchange. Alibaba, JD.com and NetEase are capitalizing on the listing reform. By seizing the moment, a Hong Kong offering pulls together a different universe of actors unavailable in the United States — individuals who possess a deep grasp of Chinese business models, truly understand the corporate culture and have first-hand experience thrashing about in China’s gladiatorial-like marketplace.

Moreover, Chinese firms do not want a single point of failure or get suddenly locked out of the capital markets due to an impulsive presidential tweet. Listing in Hong Kong is prudent diversification as a hedge away from the g-forces of a Sino-American relationship that is in rapid freefall.

Renewed interest for offerings in Hong Kong’s market does not translate into pessimism and despair for U.S. bourses. American investment banks have not seen a cliff-like drop in Chinese listings per se.

However, the market is witnessing, “a decline in the number of issuers that were borderline to start with, issuers in our opinion that were not suitable to go public in the U.S., yet trying to do so,” according to Edric Yi Guo — director of investment banking at Univest Securities. Guo added, “I am expecting to see more of those quality companies operate within new listing rules, as I believe in the long run it will increase the overall reputation of Chinese issuers as a group.”

In the post-Luckin Coffee world, the twin forces of increased regulatory scrutiny in the America and relaxed listing rules in Hong Kong, are luring market-leading Chinese firms back home. Not to mention, the Trump administration’s increasing animosity towards China — which like a cresting wave that has yet to break — is forcing these larger enterprises to steer clear of America’s shores. Yet at the same time, small and medium-sized Chinese companies continue to view a U.S. listing as the ultimate trophy prize, a vindication for years of perfecting a viable business model and product. Expect these two divergent trends to continue in the near-term.