By Fang Zuwang and Matthew Walsh 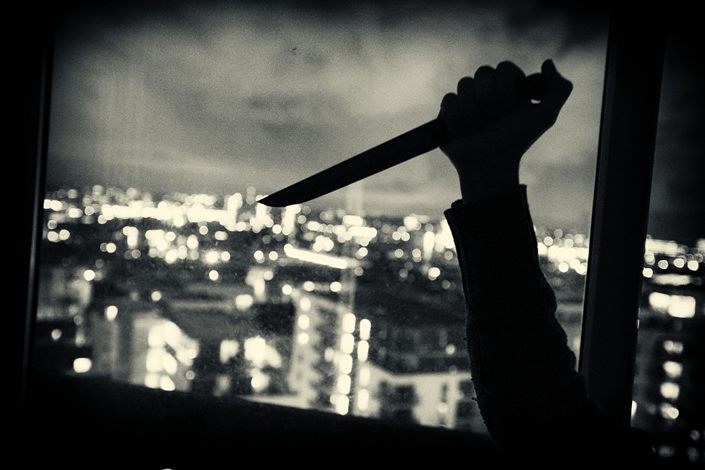 Yang was apprehended at the scene and later admitted to killing Guan, police said.

A security guard who stabbed a party discipline official to death earlier this month in the southern Chinese city of Dongguan had a history of criminal violence and mental health issues, police said in a statement Tuesday.

The guard, a 30-year-old man surnamed Yang, attacked the official with a foldout knife as he walked through the main gate of the headquarters of an environmental engineering firm after conducting an investigation there on June 11, the statement said.

The official, surnamed Guan, a standing committee member of the discipline inspection committee of Qihe county in East China’s Shandong province, later died from his injuries.

Yang was apprehended at the scene and later admitted to killing Guan, police said. The company, Shenzhen-listed LingNan Eco&Culture-Tourism Co. Ltd., said Monday that it is cooperating with ongoing investigations.

Law enforcement officials suspect that Yang may have been illegally employed. According to the statement, LingNan did not directly hire Yang but instead engaged a private contractor that assigned him to the post. Police are investigating whether the contractor was authorized to provide security services.

According to the statement, Yang had worked at the site for less than a week prior to the incident. He said in his confession that he wanted to take revenge on Guan for the inspection, which he feared would negatively impact his employment and income.

It was not the first time Yang had assailed someone with a knife, the statement said. In February 2019, he was detained by public security officials in East China’s Zhejiang province after he wounded another person with a blade. No further details of that case were given.

In July, he received hospital treatment for schizophrenia, police said. The mental disorder can cause delusions, hallucinations and disordered thinking.

LingNan specializes in environmental restoration, soil replenishment and landscape design, according to its website. The company was founded in 1998 and listed in Shenzhen in 2014.

A person close to Dongguan police, who requested anonymity because they are not authorized to speak to the media, told Caixin that Guan was conducting an investigation at the headquarters of the company, following a deal last year involving a greening project in the county worth more than 100 million yuan.

He was a regular visitor to LingNan’s offices and had not had any altercation with Yang prior to the attack, the person said.

Lingnan’s stock price was up by just under half a percentage point during Wednesday trading. The company’s shares have declined by nearly 8% since June 11, the day of the attack.