By Lu Wen and Han Wei 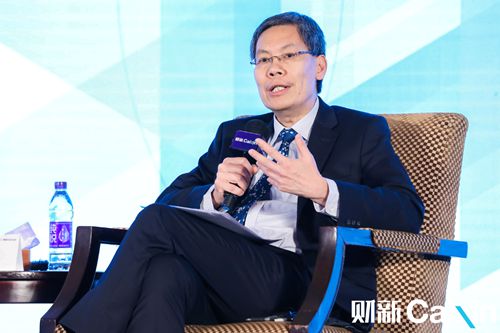 The Covid-19 pandemic that has shaken the global supply chain will only make it more diverse and efficient in the post-pandemic era, said Lui Tuck Yew, Singapore's ambassador to China, at a Caixin event Monday.

The ambassador called for multilateral solutions to address the crisis even as the deadly disease has forced many countries into lockdowns. He made the argument in the face of rising skepticism and rejection of multilateralism in recent years, notably by the United States under President Donald Trump and the United Kingdom with its withdrawal from the European Union.

The six-month Covid-19 pandemic, which has sickened more than 9 million people worldwide, is not only a public health crisis but also a global economic crisis with significant social and political implications, Lui said at the Caixin Summer Summit.

How countries deal with the crisis alone and together will decide the world pattern for coming decades, Lui said.

“Countries should stick to multilateralism rather than using unilateral measures,” he said.

Since the outbreak, Singapore has made efforts to maintain multilateral cooperation to offset impacts on its supply chains. The country worked with trading partners to ensure smooth flows of medical and food supplies and never imposed restrictions on key products made in Singapore, Lui said.

Earlier this month, Singapore and China agreed to “fast lane” rules easing restrictions on approved business and official travelers as part of plans to gradually relax limits on flights and resume trade amid the pandemic. The island state set up similar arrangements with other countries.

Despite damage from the outbreak, Singapore has recorded strong growth in attracting foreign investment this year. Foreign investments flowing into the country during the first four months this year exceeded the full-year target and the average annual amount for 2013–2018, according to Lui.

Singapore has been lauded for its successful control of Covid-19 in the early days. The country with 5.6 million people recorded about 40,000 infections with a mortality rate as low as 0.1%. To boost economic recovery, the government issued four rounds of stimulus and deployed funds equivalent to 20% of national GDP to support medical workers and businesses.

Although the pandemic caused severe disruption to global supply chains and exposed problems in existing arrangements, Singapore expects that the outbreak will force countries to diversify and improve the efficiency of global supply chains while sourcing more goods from regional partners and neighboring countries, Lui said.

Discussing Japanese and American vows to seek alternative supply options outside China, Lui said it could also offer an opportunity for China to deepen its partnerships with other nations in Southeast Asia.

While multilateralism with global reach faces greater challenges, countries can first resort to regional partnerships to solve problems and seek to expand them gradually, Lui suggested.

“Singapore expects to see the World Trade Organization regain its power after reforms, but before that, we need a mechanism to keep everyone moving forward,” Lui said.