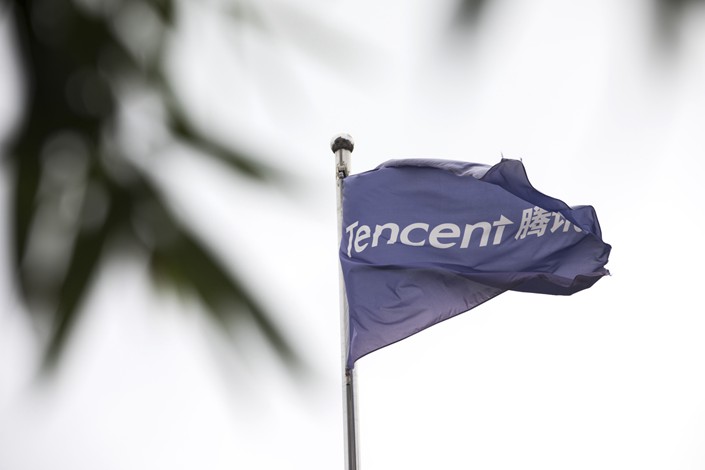 A flag bearing the Tencent Holdings Ltd. logo is displayed outside the company's offices in Beijing

Tencent will acquire iFlix’s content, technology and resources, expanding its geographic reach in a key area of growth. The Chinese company will not take on iFlix’s debt, according to people familiar with the matter, who requested anonymity because they are not authorized to speak publicly about the deal.

“This is in line with our strategy to expand our international streaming platform, WeTV, across Southeast Asia and provide users with international, local and original high-quality content in a wide range of genres and languages,” Tencent said in an e-mailed statement.

The Covid-19 pandemic has led to a plunge in advertising, wreaking havoc on the media industry and IFlix. The firm, founded in 2014, now operates in about a dozen South and Southeast Asian countries after exiting markets in the Middle East and Africa. It’s not only competing against global streaming giants such as Netflix Inc., but also Chinese platforms seeking to expand in the region such as iQiyi Inc. and Tencent.

While streaming on the platform doubled during the outbreak, the Kuala Lumpur-based company cut about 50 staff earlier this year. It had to shelve an initial public offering in May, and some of its directors and co-founders have stepped away, one of the people said.

Tencent will initially run iFlix as an independent brand, but the goal is to merge it with its own WeTV streaming platform, which targets users outside of China, the person said.

IFlix’s rival, Hooq, also ran into trouble during the pandemic. The company, majority owned by Singapore Telecommunications Ltd., filed for liquidation in May.

Tencent is reportedly interested in acquiring a substantial stake in iQiyi, a rival in the China market. Consolidating ownership of streaming platforms may help Tencent contain the cost of content, which has squeezed margins in the business.