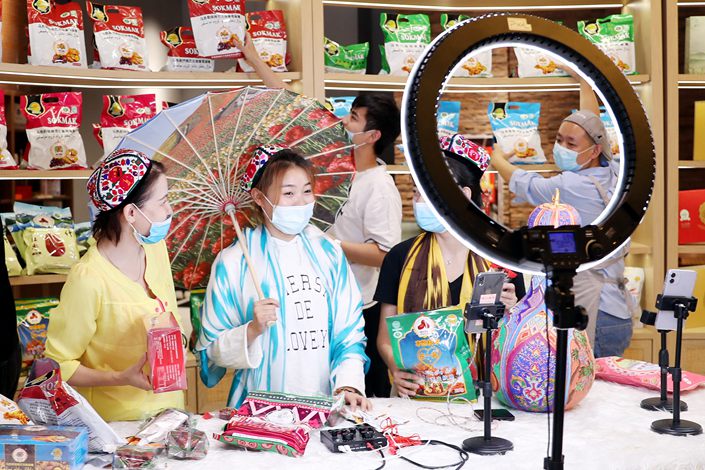 The standards are the latest attempt to regulate e-commerce livestreaming since it exploded in popularity last year, with gross merchandise volume sold via livestreams more than tripling to over 400 billion yuan ($56.5 billion) in 2019, according to a Tuesday report (link in Chinese) compiled by consulting firm Bain & Co.

Consumer complaints related to e-commerce livestreaming have also surged in recent months. The China Consumers Association wrote in a report published earlier this week that complaints filed during this year’s “618” sale in mid-June show some consumers are dissatisfied with their purchases made from livestreams, especially in terms of exaggerated marketing and false advertising, substandard products, and poor customer service.

The CAA rules seek to address those issues, requiring merchants to show licenses corresponding to the products and services they provide, as well as for livestreamers to ensure all claims about the products they sell are true and lawful, and not mislead consumers. They also require livestreamers and livestream platforms not to falsify data about viewership or purchase volumes.

However, the rules are not legally binding. CAA is associated with China’s central government, but it is only a self-regulatory body, so the new rules do not carry the force of law. Even though the association said it would take measures to ensure implementation of the standards, it remains unclear how much of an impact the new rules may have on the industry.

Legal experts agree e-commerce livestreaming is a form of advertising that should be subject to the same rules governing other marketing activities, but industry insiders say it remains controversial how to divide responsibility between livestreamers, merchants, and online streaming platforms

The central government is working to produce formal standards for e-commerce livestreaming, but the process could easily take two years or more, a source close to the matter told Caixin.

Sun Liangzi contributed to this report.