You Won’t Be Able to Buy a Gas-Guzzler in China After 2050, Think Tank Predicts 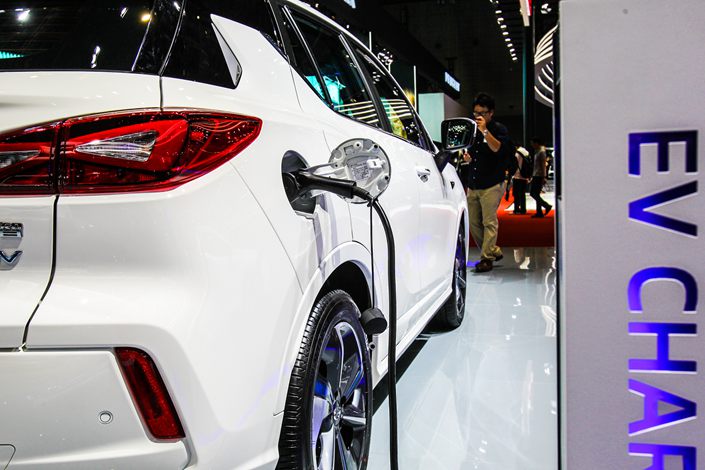 China has been keen to make NEVs far more prevalent as it seeks to curb its severe air pollution. Photo: IC Photo

No one will be able to buy a new gas-guzzling car in China by 2050, according to a recent think tank forecast.

The Beijing- and Los Angeles-based Innovation Center for Energy and Transportation predicted that China will phase out conventionally powered models by the second half of the century as new-energy vehicles (NEVs) take over the market for new cars, according to an assessment report that the think tank released Tuesday.

According to the center’s latest projections, new private internal combustion engine vehicles — those that run on gasoline or diesel — will no longer be on the market in China by 2045. And domestic manufacturers will stop making all internal combustion engine vehicles by 2050, the center predicted. By that time, gas- and diesel-powered vehicles will make up about 5% of automobiles on the road.

China has been keen to make NEVs far more prevalent as it seeks to curb its severe air pollution. Thanks to government incentives, the country has become one of the fastest-growing markets for NEVs. Sales grew rapidly over the last decade, peaking at 1.3 million in 2018 before dipping to 1.2 million last year.

Due to the economic downturn from the coronavirus pandemic, China’s NEV sales have slumped this year. In the first five months of 2020, sales fell 39.7% year-on-year, according to the China Association of Automobile Manufacturers. In May, sales fell 25.8% year-on-year to 84,000 vehicles.

To speed the NEV takeover along in China, domestic policymakers should encourage the use of more environmentally friendly vehicles for public transportation and as government vehicles, the report said.

Liu Bin, a deputy director of China Automotive Technology and Research Center Co. Ltd., said that there are two main ways to get individuals to buy NEVs. The first is to market small electric cars designed simply to get drivers from point A to point B. The other is to offer models priced higher than 200,000 yuan, like Tesla, which offer a more luxurious driving experience.

China released a draft plan last year that suggested raising its 2025 sales target for NEVs to 25%, but no follow-up announcement has been made.