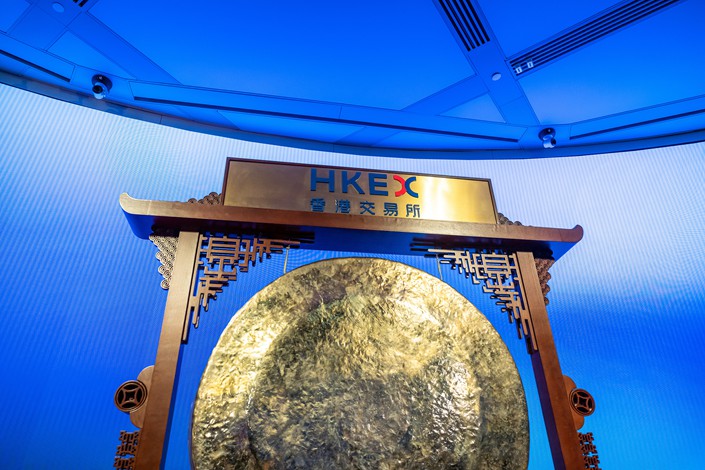 The Hong Kong securities regulator warned the city’s stock exchange against potential conflicts of interest on Thursday, reminding the company’s business side not to meddle with listing oversight.

The Securities and Futures Commission (SFC) wrote in a Thursday report reviewing Hong Kong Exchanges and Clearing Ltd.’s (HKEx) listing oversight that it identified potential conflicts of interest in several cases and told the exchange to improve the “Chinese Wall” between listing and business departments and ensure the listing department’s regulatory independence.

HKEx is a listed corporation but it also holds some responsibility for regulating the city’s stock market, posing some potential conflicts between its commercial interests and role providing a public service. The share price of Hong Kong-listed HKEx closed down 1.3% Friday.

The SFC found in two cases that executives from HKEx’s listing department had been invited to attend presentations by potential listing applicants to business side executives, which the regulator said was “inadvisable.” “The mere presence of the Head of Listing and senior Department executives at a meeting led by the Chief Executive where the HKEX business side was clearly pitching for business may undermine the perceived independence of the listing regulatory function and should be avoided entirely,” said the report.

The commission also discovered in one case that an executive of the company’s business side seemed to have put pressure on the listing department as a potential applicant submitted pre-IPO enquiries to the exchange. The executive said in an email to the listing department, HKEx Chief Executive Charles Li and several other senior executives to express “HKEX’s commitment to supporting them on [their listing plan] and stressed importance to both HK as well as HKEX.”

The business side in the report refers to “any one or all of HKEX Global Issuer Services, HKEX Group Strategy Department and the HKEX Chief Executive.”

The report said the exchange should “ensure that HKEX business executives do not and are not seen to pressurise the Listing Department to respond more swiftly to particular applicants.” The SFC also directed HKEx to review the Chinese Wall protocol and better monitor the barrier that blocks information sharing between the listing department and business units.

The Hong Kong Stock Exchange, operated by HKEx, ranked first in the world in terms of IPO fundraising last year, which hit $40.1 billion, according to data from the bourse (link in Chinese).