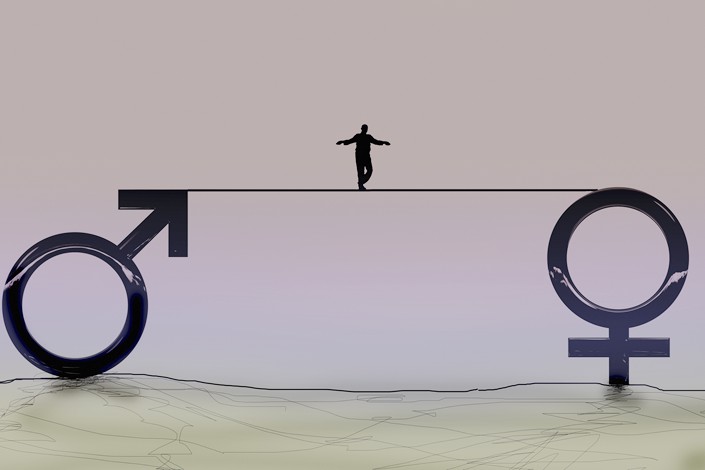 “Modern society is becoming more and more diverse. We are always finding novelties around us, and we learn to gradually accept them unless they threaten others’, the collective’s, national or social common interest,” the court wrote.

China’s transgender community has been celebrating what’s seen as a landmark victory against employment discrimination, after a Beijing court ruled in favor of a trans woman who was fired after she had sex reassignment surgery.

In a rare ruling on discrimination against transgender people, the court decided that e-commerce platform Beijing Dangdang Information Technology Co. Ltd. was wrong to fire an employee for “absence of work” after she took two months of leave for the surgery in 2018, according to the court’s written judgment (link in Chinese).

The court issued its ruling in January, but it seems to have only come to wider attention recently.

The court ruled that the employee, surnamed Gao, could reinstate her labor contract with Dangdang and the company should pay her overdue salary of about 120,000 yuan ($17,069). The court also said that Gao has the right to use the office’s women’s toilet and other colleagues should accept her identity and work with her with an inclusive mentality. The company had claimed that Gao’s colleagues would feel uneasy about her using the toilets for either men or women.

Dangdang did not respond to Caixin’s request for comments.

This is not the first time that a transgender person has turned to China’s courts over employment discrimination. In 2016, a court in Guiyang, Southwest China’s Guizhou province, awarded a trans man compensation for unfair dismissal, though it did not rule on whether he had been discriminated against based on his gender identity.

The Beijing court’s comments on Gao’s case about attitudes toward gender and sexual minorities and its urging for the public to be more open-minded in particular attracted the approval of some members of China’s transgender community.

“Modern society is becoming more and more diverse. We are always finding novelties around us, and we learn to gradually accept them unless they threaten others’, the collective’s, national or social common interest,” the court wrote.

“We are used to understanding society based on our understanding of biological gender, but there are still those who express their gender identities based on their own life experiences. For this persistent social expression, we often need to reexamine and re-understand, which can take a long time. But in fact more and more people choose to be more inclusive and it is necessary for us to gradually change our attitudes,” the court wrote.

The court’s statement was appreciated by Ma, another trans woman who was fired in February 2019 after completing her sex reassignment surgery, who has continued to struggle to win a legal judgment against her former employer.

Ma told Caixin that the court’s comments on Gao’s case were inspiring and will be “very helpful to the transgender community.”

Wang Yongmei, Ma’s lawyer, said that this ruling broke through society’s misunderstandings, prejudices and discrimination against transgender people and will help them to protect their labor rights.

“The ruling is a brave, wise and responsible move, which not only protects the rights of the transgender employee but gives confidence to the entire transgender community in defending their rights with law,” Wang told Caixin.

Yu Liying, a lawyer who has represented dozens of transgender people, said that the ruling could come in handy as a citation in future job discrimination cases, though the actual effect will depend on the individual cases.

Though the ruling might have shed some light onto the challenges transgender people face, some have worried that the high-profile case could bring some risks.

“It’s definitely better for the court to write in a legal document to urge inclusiveness than us promoting it ourselves,” Feng Zhuofan, executive director of Voice of Trans, a nonprofit organization dedicated to promoting transgender rights, told Caixin. However, as the hashtag (link in Chinese) of the ruling started to trend on Weibo, drawing over 350 million views as of Monday, “the exposure could bring some risks,” Feng said.

Some netizens’ comments have been bigoted, and could do harm to the transgender community, Feng said.

Transgender people in China still face a difficult employment environment in general. Many struggle to find a job, and self-employment rates are high, according to a 2017 nationwide survey (link in Chinese) on China’s transgender population conducted by the Beijing LGBT Center and Peking University’s sociology department.