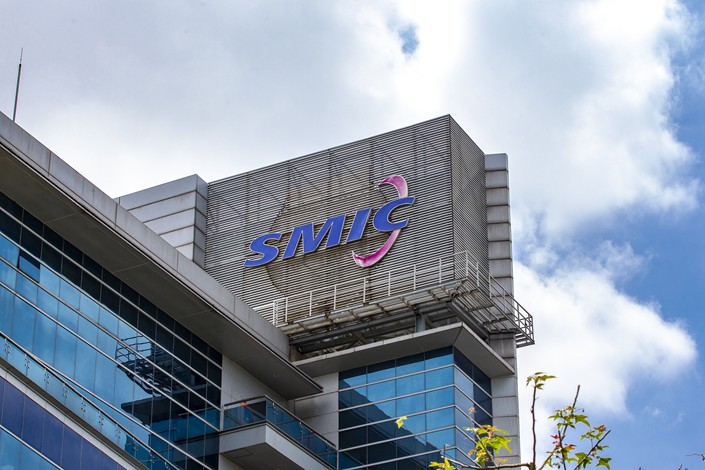 The Chinese mainland’s top chipmaker Semiconductor Manufacturing International Corp. (SMIC) plans to raise as much as 53.2 billion yuan ($7.5 billion) in its upcoming Shanghai listing, which is poised to be the mainland’s biggest share sale in a decade.

The company plans to sell 1.68 billion shares priced at 27.46 yuan each, according to a company statement released on Sunday, with an overallotment option allowing the total to rise to 1.9 billion shares. Supplementing SMIC’s Hong Kong listing, the offering is set to be the largest since Agricultural Bank of China Ltd. raised 68.5 billion yuan in its 2010 IPO.

Founded in 2000, SMIC is the Chinese mainland’s largest contract chipset manufacturer, and a strategic player in China’s drive to develop a domestic semiconductor industry and reduce reliance on foreign technologies, especially as the country faces increasing tech export restrictions from the U.S. The Shanghai IPO plan comes hot on the heels of another major fundraising round, after SMIC raised $2.25 billion from two state-backed funds in May.

Regulators fast-tracked the IPO, approving it on June 19 just two weeks after the company applied to list on the Shanghai Stock Exchange’s Nasdaq-like STAR Market, a process that normally takes months.

The fundraising figure in the Sunday statement is more than double the 20 billion yuan amount estimated in its prospectus, and gives SMIC a price-to-earnings (PE) ratio of 83.44 — around four times higher than industry counterparts like Taiwan Semiconductor Manufacturing Co. Ltd. (TSMC) Other mainland bourses generally enforce an informal limitation that caps companies’ PE ratio at 23; the STAR Market does not.

The company said in its previous prospectus that it would use 40% of its planned 20 billion yuan fundraising to ramp up production of 12-inch chip wafers in its Shanghai plant. It said another 20% would go to research and development of advanced technologies, while the remainder would be kept in reserve to supplement working capital. The company did not elaborate on Sunday about how it would use the additional funds raised beyond its initial 20 billion yuan target.

SMIC began mass-producing 14-nanometer chips last year, but still lags far behind Taiwanese competitor TSMC, which has the world’s most advanced chip manufacturing technologies. A recent report from Nomura Securities said SMIC would need another one or two years to improve its 14-nanometer technology to a mature level, whereas TSMC is able to produce 5-nanometer chips, which allow more computing power to fit in a given space.