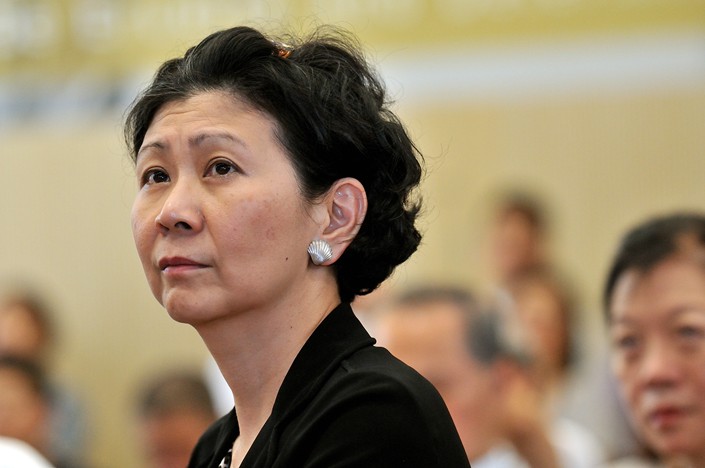 Hong Kong tycoon Li Ka-shing is known for a Midas touch that has made him one of the world’s wealthiest men.

But his lower-profile companion Solina Chau is one of the key decision-makers behind many of his high-tech bets, including Zoom, a leading provider of video meeting services that has shot to global fame as online meetings become the new normal during the global pandemic.

In a rare interview, Chau told Caixin how the origins of that investment grew out of events that irked the cost-conscious Li, whose net worth Forbes now estimates at $26.5 billion, when some of his senior executives were shopping for high-end video conferencing equipment back around 2013.

“The background (for this investment) was really humorous,” she recalled, saying Li was amazed when the executives came to him requesting the hefty sum of HK$20 million ($2.6 million) for such equipment. “No one was happier than he was when he learned that we had invested in Zoom, a cloud-based, easy-to-use, low-cost software that focuses on enterprise services,” she told Caixin.

Li’s organization made its investment in Zoom Video Communications Inc. through its Horizons Ventures Ltd., which Chau co-founded in 2006, starting as the lead investor during its $6.5 million B-round of fundraising in 2013. It also participated in its C-round two years later where the company raised $30 million, with Chau acting as one of the main advocates for both investments. The Financial Times estimated Horizons’ total early investments in Zoom at about $8.5 million.

“I always use this metaphor: Genetically speaking, people are up to 99% similar,” Chau said, explaining what attracted her to the company in the beginning. “But it’s the 1% that makes you unique and different.”

Today Li’s empire holds 12.3% of Zoom through his Bucantini Enterprises Ltd., according to Zoom’s latest annual report. That makes him the company’s third largest shareholder, with his stake now valued at $9 billion after a run that has seen Zoom’s stock nearly quadruple since the start of the year. The meteoric rise has come on a flood of publicity as huge numbers of people have turned to Zoom’s services to hold meetings virtually during the global pandemic.

Not all the publicity has been positive, as the company has had to deal with issues like security that have led some organizations like NASA and other government bodies that regularly deal in classified information to ban its use internally. But the business has boomed despite the hiccups, as its core business customers and less traditional users like universities have embraced Zoom’s services.

“In our minds, we’re always looking for the ‘next normal,’ when and where it will appear and what it will look like,” Chau said. “When you come across a good investment opportunity, I try to think how I can support the founder to realize his vision.” She told Caixin that when she decided to invest in Zoom in 2013, she asked many questions about video software of the future. But what ultimately drew her to the company was the “1% factor” that made the company unique in her mind.

Founded in 2011 by American Chinese entrepreneur Eric Yuan, whose Chinese name is Yuan Zheng, Zoom made an IPO on the Nasdaq last year. It kicked off its life as a publicly traded company with a more than 70% jump on its first trading day. Unlike many unicorns the company was already profitable by the time of its listing.