By Bai Yujie and Isabelle Li 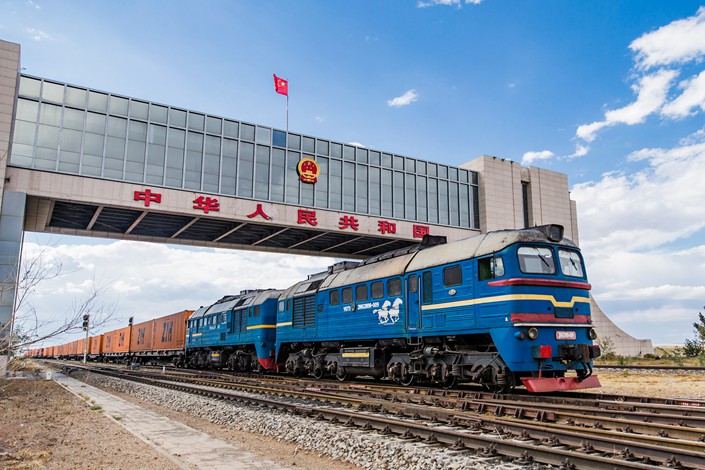 China’s top economic planner said it will build five logistics centers for freight rail traveling between the East Asian country and Europe, to boost the efficiency of the connection.

The National Development and Reform Commission said it will spend 200 million yuan ($28.5 million) on the centers in Zhengzhou, Chongqing, Chengdu, Xi’an and Urumqi.

The goal will be to increase efficiency and expand the number of sources for the goods that travel along the network of railways that link China and Europe, the commission said in a Monday statement (link in Chinese).

Since the link began operating in 2011, it has expanded to include a total 63 Chinese cities.

The hubs will help trains on different routes to better coordinate and communicate, said Wang Guowen, head of logistics and supply chain management at the Shenzhen-based China Development Institute.

At present, trains on the network take goods from one port to another, but the new hubs will allow different ports to bundle together goods with the same export destination and better facilitate the dissemination of imported goods, Wang said.

The Covid-19 pandemic in the first half of this year has had a major impact on the logistics sector, but the Sino-Euro railway faced less impact as it is spread across many different segments, giving it greater resilience in the face of regional travel disruptions. Indeed, total shipments along the railway hit a record high in the first half of the year.

The Sino-Europe railway reported a total of 3,953 train rides and 355,000 containers of goods delivered from January to May, respectively an increase of 28.5% and 32% year-on-year.