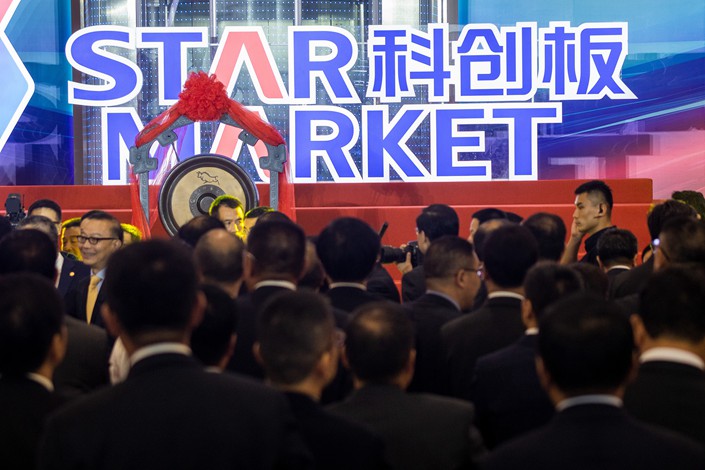 As a result of relatively low sales, Tinavi posted a loss of 33.7 million yuan last year.

Shares of orthopedic robot specialist Tinavi Medical Technologies Co. Ltd. continued to rally on Wednesday after soaring seven-fold in their debut a day earlier, becoming one of the biggest examples of the big gains possible under China’s latest stock market reforms.

Under previous rules, China’s stocks were capped at a maximum 44% gain on their first trading day, and 10% each day after that. But the nation’s year-old Nasdaq-style STAR Market has recently scrapped those limits for many companies, aiming to let market forces play a bigger role in determining movements on the bourse.

Tinavi raised around 500 million yuan from the listing by selling 41.9 million shares, or about 10% of its total. It said it will use the funds for operations and development of its core robotic devices used in orthopedic procedures. Most of its rivals are overseas, and include such names as Medtronic, Stryker and Zimmer Biomet.

Founded in 2005, Tinavi is a relative newcomer to its current product line. Accordingly, its sales volume is still relatively low — a factor that has kept it in the loss column but also one that has investors hopeful it can attain profits as more hospitals buy its devices costing around 10 million yuan each. The company sold just 41 devices last year, though that was double the 20 from 2018.

As a result of the relatively low sales, the company posted a loss of 33.7 million yuan last year.

The company used only about 18% of its capacity last year, but hopes to boost that figure as its name gets out and hospitals budget for its pricier products. In anticipation of rising demand, the company plans to sharply expand its capacity to up to 3,000 devices per year, partly using funds raised from its IPO.

Another major beneficiary of China’s recent IPO reforms has been leading domestic microchip maker Semiconductor Manufacturing International Corp. (SMIC), which is preparing to make its own STAR Market IPO worth up to $7.5 billion — the biggest such mainland offering in a decade. SMIC recently priced its shares at a level that gave it a high price-to-earnings (PE) ratio of 83. Under current informal rules often referred to as “window guidance,” all companies on other mainland Chinese exchanges must price their shares at PE levels of 23 or lower.